NC Heat batsman Isaac Dikgale says he is keen on amassing valuable batting experience in the longer form of the game. Whilst doing that he has dreams of improving his best score in the process.

ISAAC Dikgale the Northern Cape Heat’s batsman is itching to take up batting duties for his first game when the Mpumalanga Rhinos visit the Diamond Oval this weekend in the CSA 4-Day domestic series match starting on Thursday.

Dikgale has come a long way from his days as a six year-old at Elkah stadium playing for Dobsonville Cricket club in the Baker’s mini series cricket development programme. That was before his old club amalgamated with the Soweto Cricket Club and took up the latter’s name.

A well-known former member of the same club at Elkah was the left arm medium pace bowler Godfrey Toyana who later graduated out and much later became coach first black coach of the Highveld Lions and later the Titans.

The youngster Dikgale said he is keen on amassing valuable batting experience in the longer form of the game. Whilst doing that he has dreams of improving his best score in the process. So far he has top-scored with 55 runs and says he is far from happy with that score.

His 55 runs came at the expense of Inyathi (aka Border) in the Eastern Cape early on in the series in a match they also won convincingly. The forthcoming match against Rhinos presents yet another opportunity for him to prove his worth with the bat.

“It will be my first time ever playing against Rhinos this season. We don’t know much about them and what they are capable of, but we are prepared to take them on.”

Dikgale seems to have found favour with the NC Heat’s selectors as he seems to have made the No.3 spot his own. He hopes his record, even though it is far from ideal as representing his best, will stand him in good stead with the selectors.

Dikgale says his move from his Soweto Club “was a great move” for his career as cricket for many there is an unusual game. “Not many Sowetans wake up in the morning and run off to play cricket. It is still foreign to many of them. They are comfortable with playing football. Many still look askance at me when I mention that I play cricket,” he told the DFA.

“I hope in future we can change that particular view of the sport. As you can see everybody gets an equal opportunity to excel and become great. The likes of Themba Bavuma (Proteas white-ball captain) is testament to that.

“In the long term I hope to get contracted to a foreign team. I want to experience cricket at a place like England to help my game. I think that the conditions over there will challenge me enough to lift my game. Everything over there will be different. It will be interesting.”

Soon after he had settled in at his Soweto club he was assigned to North West’s professional division where he picked up more on his game. Then a two-year stint followed at Western Cape Cricket.

“When the CSA brought in the franchise system every province became a franchise. I got a lucky break and got a contract with the Northern Cape,” he said.

Thursday’s game starts at 10am at the Diamond Oval. Only vaccinated spectators with documents in hand will be allowed into the stadium. 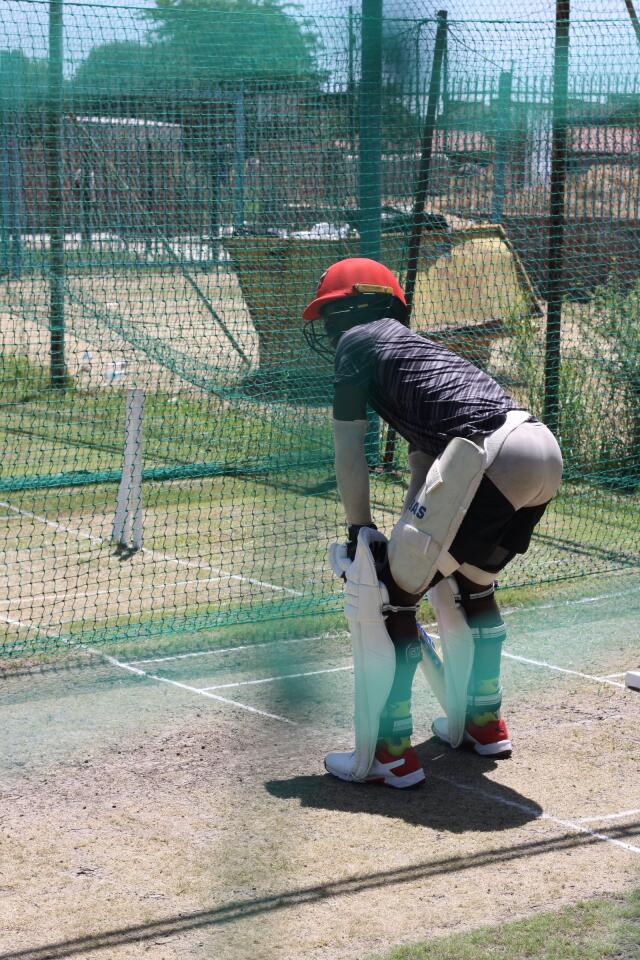