The Northern Cape Department of Roads and Public Works has closed a section of the R31 road between Koopmansfontein and Middelpos due to flooding.

THE NORTHERN Cape Department of Roads and Public Works was forced to close the R31 road between Koopmansfontein and Middelpos due to flooding.

The closure was implemented on Monday after chaos broke out due to queues of impatient drivers.

Desperate motorists called on the department to speed up the process of announcing alternative routes and putting up early notices at key points.

This follows excessive rainfall in the area since Wednesday last week.

The water level has continued to rise and has reportedly also caused a massive pothole in the middle of the flooded road.

The water levels were already knee-high on Sunday afternoon.

The department issued a “first warning” on its Facebook page on Friday afternoon, where it indicated that it is engaging with relevant role-players to ensure the safety of motorists and truck drivers.

On Monday morning a long queue of vehicles stretched as far as 20km along the road waiting to pass through the affected section.

The department has advised motorists travelling to Kuruman from Kimberley to rather travel on the N12 to Warrenton, Jan Kempdorp, Taung, Vryburg then to Kuruman.

From Postmasburg to Kimberley; motorists are redirected to travel through the R325 to Griekwastad (55km of gravel road), then join the N8 to Kimberley.

From Lime acres to Kimberley; motorists are directed to travel on the R385 to Campbell (69km of gravel road) and then join the N8.

It was reported that some vehicles experienced tyre damage, while some vehicles were reportedly assisted out of the water and some had to be towed away by road assistance.

Concerns were also raised about the impatience displayed by some drivers over the weekend.

One motorist said that it was “survival of the fittest” in the area as some drivers, including truck drivers, were too impatient to give each other a chance to pass.

The motorist, who said he used the road about three times per week, also raised concerns for light vehicles as many drivers are unaware of the situation.

“They end up with no choice but to proceed through that water because they are already there. It will only be fair if they can be warned at exit points of the towns they depart from in order to decide,” he said.

“It is very risky as the car’s tyres get damaged in the process.

“We have to allow one car to pass at a time. The concerning part is that the road is narrow and too risky to drive in your lane. So we have to drive in the middle of the road where we cannot even see the barrier line.

“The deep pothole in the middle of the road made things worse.”

The department has erected warning signs to encourage road users to use the detour routes.

The Department of Transport, Safety and Liaison and traffic officers are also on site to assist with redirecting traffic.

The department assured motorists that it will conduct a comprehensive assessment in terms of the damage, which will inform its maintenance strategy.

“Furthermore, the department dispatched a monitoring team and we will communicate with members of the public as the nature of the situation changes,” the department concluded. 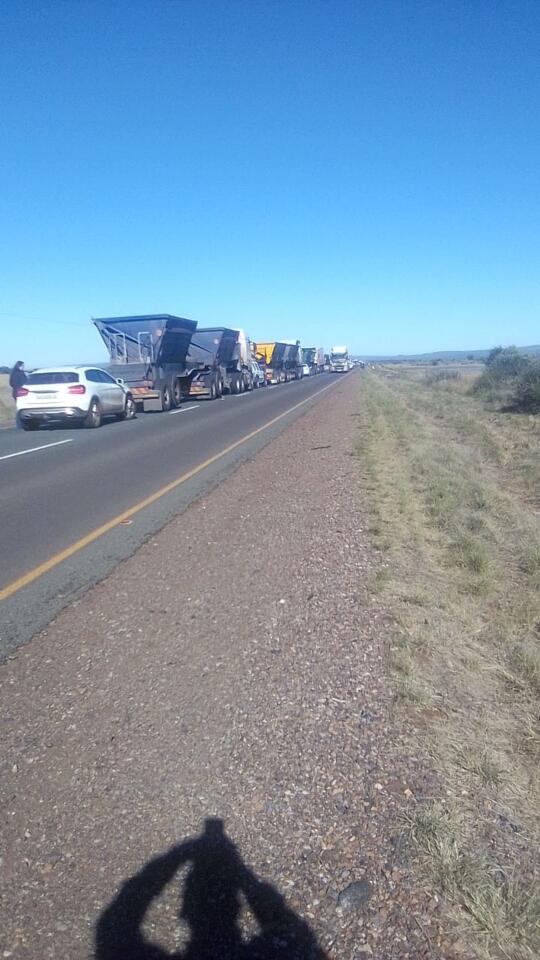 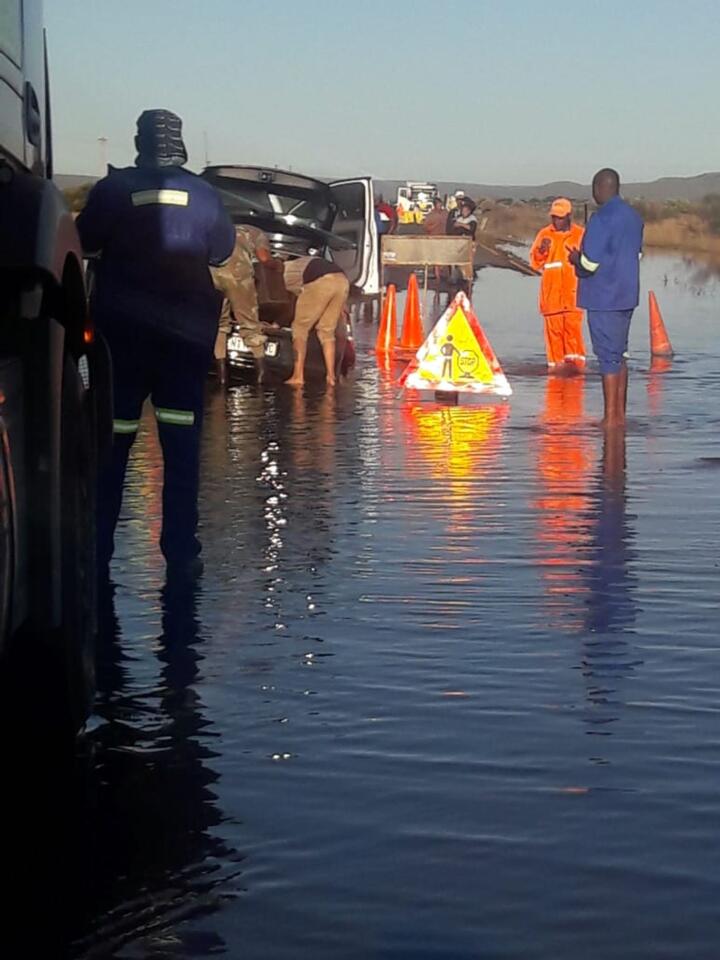