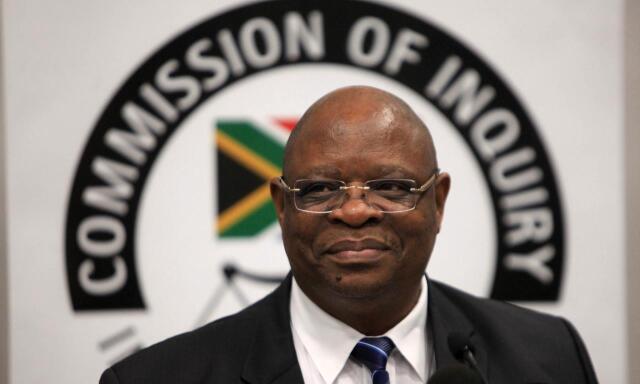 The Zondo commission of inquiry into state capture will sit over the weekend and discuss its options after former president Jacob Zuma’s decision to leave the hearings on Thursday.

THE ZONDO commission of inquiry into state capture will sit over the weekend and discuss its options after former president Jacob Zuma’s decision to leave the hearings on Thursday.

Zuma and his legal team walked out of the commission after his application for the recusal of Judge Zondo was dismissed.

Zondo was adamant that Zuma left the commission without his permission but stopped short of revealing what action he will take against him.

Zuma’s legal counsel, advocate Muzi Sikhakhane SC, after the dismissal of the application, said they would take the matter for review in the high court. Sikhakhane also informed the commission that they would report Judge Zondo to the JSC. Thereafter, the commission went for a tea break but Zuma and Sikhakhane did not return.

Zondo urged the commission’s legal team and his investigators to spend this weekend to reflect on the outcome of yesterday’s proceedings.

The commission is expected to resume on Monday.

In dismissing Zuma’s application for recusal, Zondo said: “Mr Zuma has failed a test for a reasonable apprehension of bias and his application ought to be dismissed. It is accordingly dismissed.”

Zondo also rejected Zuma’s version that he visited him at his official residence in Durban a few days after his appointment as a head of the commission of inquiry into state capture. In Zuma’s affidavit, submitted to the commission on Wednesday, the former president said Zondo’s visit to his official residence was part of a continuation of their friendship but Zondo’s denies this.

“Upon my appointment as head of the commission by the Chief Justice (Mogoeng Mogoeng), he informed me that the former president wanted to meet with me. I had indeed visited him at his residence. It was an official meeting,” Zondo said.

He also said it was too late for the former president to reject his appointment, almost three years later, saying Zuma would have raised the issue about their alleged friendship during the initial stages of his appointment.

“In his founding affidavit, the applicant said that he did not want to be seen to be interfering in the appointment of judges but I think if he had raised the matter earlier, it would have allowed the Chief Justice to apply his mind to it. There is no reason why he should raise the matter almost three years after I was appointed,’ Zondo said.

He also said that the former president failed to lead evidence showing that he was biased against him including insinuations that he treated various witnesses who allegedly implicated him in state capture such as Public Enterprises Minister Pravin Gordhan and others with kid gloves.

He also bemoaned the fact that Zuma ignored various directives issued by him to appear before the commission to answer to several witnesses who implicated him in state capture.

Dr Benny Lekubu, an anti-corruption expert at the Unisa College of Law in Pretoria, said: “The commission is different from a court of law. They can either decide to defend Judge Zondo’s ruling at Mr Zuma’s review application or to compel him to appear and testify before the commission.”

He said further: “As the commission term of office is due to end in March 2021, it is important for the commission to compel Mr Zuma to testify and respond to 35 witnesses who implicated him in state capture. His evidence needs to be included in the report which is expected to be handed over to President Cyril Ramaphosa for his decision.”