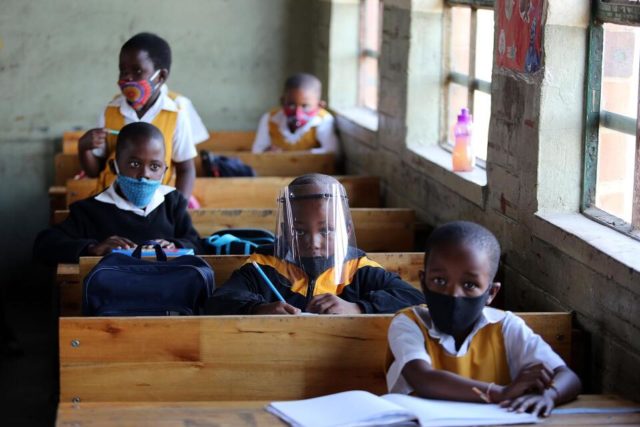 The Basic Education Department’s head of department Mathanzima Mweli said that although it is fairly early days after re-opening of all schools, the drop out projections by province for this academic year was a worrying factor.

THE BASIC Education Department is projecting a drop out total of 75,452 pupils from Grades 7 and 12 due to the Covid-19 pandemic this academic year.

The department revealed this when it briefed the basic education portfolio committee on matters relating to the virus on Tuesday.

Head of department Mathanzima Mweli told the MPs that although it is fairly early days after re-opening of all schools, the drop out projections by province for this academic year was a worrying factor.

“We have to do something about it,” he said.

According to the figures, there were an estimated 52,090 pupils likely to drop out in Grade 7 this academic year in almost all the provinces.

In terms of Grade 12, the department’s figures showed that there was a projected 23,362 dropout for this academic year.

Both Mpumalanga and Western Cape did not expect dropouts in this category.

The projections take place against the backdrop of 49,578 pupils who are exempted from school attendance due to comorbidities, ill-health other than comorbidities and fears over Covid-19.

Those with ill-health other than comorbidities were 4,290 and those with anxiety or fear of the virus stood at 34,565.

Western Cape is leading the pack among the provinces with students with Covid-19 fears.

ACDP MP Marie Sukers said they have received complaints that parents were pressured and threatened to get their children to get back to school despite there being an option not to do so.

“Parents are extremely anxious to get the children to school … There needs to be communication made to provinces that parents cannot be forced. it is an issue to be attended to,” Sukers said.

DA MP Nomsa Marchesi asked what the department was doing to ensure those pupils who were not getting any kind of education while sitting at home were encouraged to get back and complete matric.

EFF MP Reneiloe Mashabela blamed non-attendance at schools on poverty and hunger, among other things.

“We propose to the department to target poor learners. It must give them food parcels,” Mashaba said.

Committee chairperson Bongiwe Mbinqo-Gigaba insisted efforts should be made to get the pupils, projected to drop out, back in class.

“I do not have an idea of how but there must be a concerted effort to get those children in class. It is really worrying,” Mbinqo-Gigaba said.

Deputy Minister Reginah Mhaule said the reasons varied for the drop out by the pupils with some living with underlying conditions and also parents being afraid their children would contract the virus.

Mhaule said they were tracing pupils and communicating with parents urging them to encourage the return of the pupils.

“If they are a schoolgoing age, they will be readmitted next year but they will have to reapply,” she said.