Inkosi Mangosuthu Buthelezi, the traditional prime minister of the Zulu monarch and nation, has explained what has led to the delays in the coronation of King Misuzulu KaZwelithini.

NONGOMA – Inkosi Mangosuthu Buthelezi, the traditional prime minister of the Zulu monarch and nation, has explained what has led to the delays in the coronation of King Misuzulu KaZwelithini.

Buthelezi says there is no hurry to have the coronation as the King is already on the throne and executing his duties.

King Misuzulu, the disputed successor of the late King Goodwill Zwelithini, was initially supposed to be coronated on May 28 this year.

However, he asked for the coronation, planned as a two-legged event in Durban and Nongoma, to be postponed after the deadly KwaZulu-Natal floods that left more than 400 people dead and many more displaced.

He said due to the heavy losses of life both within the royal family and Zulu nation at large, it would not be proper to host such a ceremony while the nation was mourning.

Now Buthelezi has explained the delay. Speaking to the media from KwaKhalengamankengane palace in Nongoma on Sunday on the sidelines of the Ihlambo ceremony, he said the king and his five siblings still have to undergo some rituals here and in Eswatini, where their mother, the late Queen Mantfombi Shiyiwe Dlamini, hails from.

He said until those rituals were done, they cannot have the coronation ceremony where the King would officially take the throne.

“In fact, the King … has just returned from Eswatini where there are some other rituals which he has to attend to there. He has to go to Eswatini with his siblings for other rituals … there are other things that need to be sorted out.

“So then, I mentioned this because yesterday in the media they sort of put me on the spot when they said there is a date that is already circulating and I could not speak publicly about that because I have just (received) a letter from His Majesty where he divulged to me that he had corresponded with the head of state, President (Cyril) Ramaphosa, where they talked about venues and the dates.

“Now, I have already explained to you that there are processes which are done to do that, actually sanctioned by the King himself,” Buthelezi said.

The date Buthelezi was referring to is August 13, 2022 and it is not yet officially proclaimed by all parties involved.

Buthelezi also used the press conference to lash out at Prince Mbonisi who recently accused him of not behaving accordingly when in March last year, in the presence of the media, he addressed royal family members about internal royal fights.

Among the shocking revelations was that the late King was being persecuted by his half-brothers, saying he was beholden to Buthelezi.

For that, Buthelezi said it was part of ensuring that the late King’s path was clear and issues that may lead to grudges were addressed. 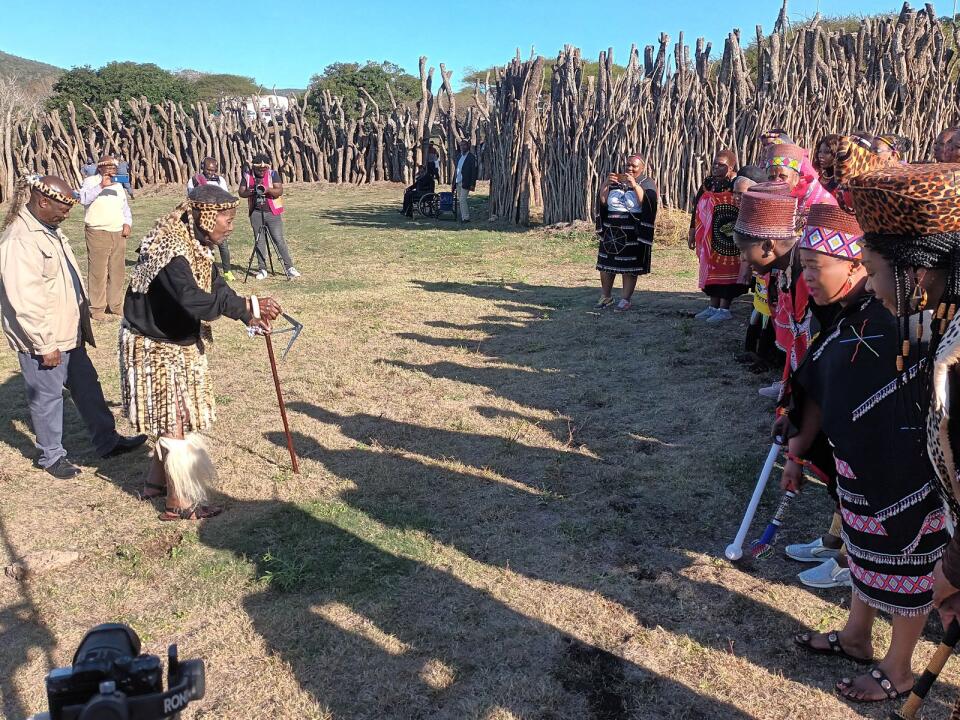