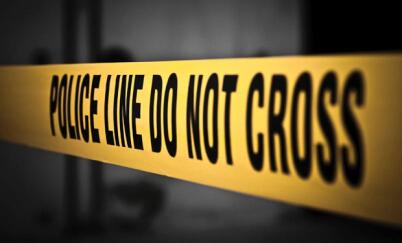 A police constable has been arrested in Welkom, Free State, for allegedly killing his wife, who was a sergeant in the SAPS.

A POLICE constable has been arrested in Welkom, Free State, for allegedly killing his wife, who was a sergeant in the SAPS.

The constable is suspected of murdering his wife on Monday night after dropping off their 17-month-old baby at the house of the deceased’s mother. He was arrested at the Odendaalsrus police station on Tuesday with two firearms in his possession, one an unlicensed firearm.

Independent Police Investigative Directorate (Ipid) spokesperson Ndileka Cola said: “It is alleged the couple went to drop their 17-month-old baby at the deceased’s mother’s house and they left together.

’’The body of the woman was found lying on the road and the police were called to the scene. They found the deceased still in her pyjamas, with a gunshot wound and all her valuable belongings with her.”

Ipid is investigating the case and a post-mortem is scheduled for Wednesday. The suspect is due to appear in the Welkom Magistrate’s Court on Thursday.

Last week, Ipid officials arrested a female SAPS member stationed at the Ficksburg police station for the attempted murder of her boyfriend. She had accused him of cheating on her.