Palesa Medupe, 17, was the first in the Northern Cape to be crowned Miss Teenager SA 2022.

PALESA Medupe, 17, was the first in the Northern Cape to be crowned Miss Teenager SA 2022.

Medupe was among nine other contestants to be crowned at Emperor’s Lodge in Johannesburg.

Residing in Roodepan, the young beauty is a matriculant at Kimberley Girls’ High School.

Medupe completed her primary school at Diamantveld Primary, where she started Grade 2 after relocating from Postmasburg.

Out of 71 other finalists, only nine were crowned, one from each province to represent their respective provinces.

She said Miss Teen SA was the first pageant she has ever participated in.

According to Medupe, she has never entertained or shown any interest in modelling before due to a lack of self confidence.

She pointed out that she has, in the past, experienced too much shaming from her peers at a young age.

She said she was inspired by former Miss SA, Zozibini Tunzi, and beauty Shudufhadzo Musida to enter for this pageant.

She also decided to join the Empire Modelling Agency in order to know more and improve herself.

“I grew up as an insecure girl, lacked confidence and was full of self doubt. However, growing up I learned to love, accept and embrace myself.”

She said life became better when she reached high school.

“I was going through Instagram and came across beauty pageant pictures which inspired me a lot.

“That is when I decided to enter for Miss SA Teen. I asked my mother, Pelonomi Medupe, for her opinion, and she encouraged me to go for it.

“She supported me all the why and, with my dad, Monnapule, and my aunt, they have become my inspiration during my journey.”

Medupe said she never received sponsorships during her journey except the financial support of her family.

She added that since joining a modelling agency she has been able to manage her projects and make time for her school work.

“I learned how to juggle my busy schedule of modelling with my school work.”

“We were six semi finalists in the Northern Cape of which two qualified to represent the Province in Johannesburg.”

She said she was confident that she would make it but got nervous when she realised how strong the other 70 contestants were.

“It felt like a dream when I heard myself being called to the front.

“I was the last one to be called.

“I shed tears of joy. I still can’t believe that I actually achieved it. I still get emotional whenever I get congratulated.”

Medupe said she already has a number of community projects and public appearances lined up.

The optimistic teenager plans to spend her year of reign advocating body positivity to young people.

This, according to her, is an effort of giving back to her community.

She will mostly be concentrating on Kimberley, Postmasburg, where she was born, and Kuruman.

Her aim is to encourage young people not to have self doubt.

“As a youth person does not need to scared of doing what they want to do. Believe in yourself and do not let anyone’s negative opinion get in the way of what you want to do,” she said. 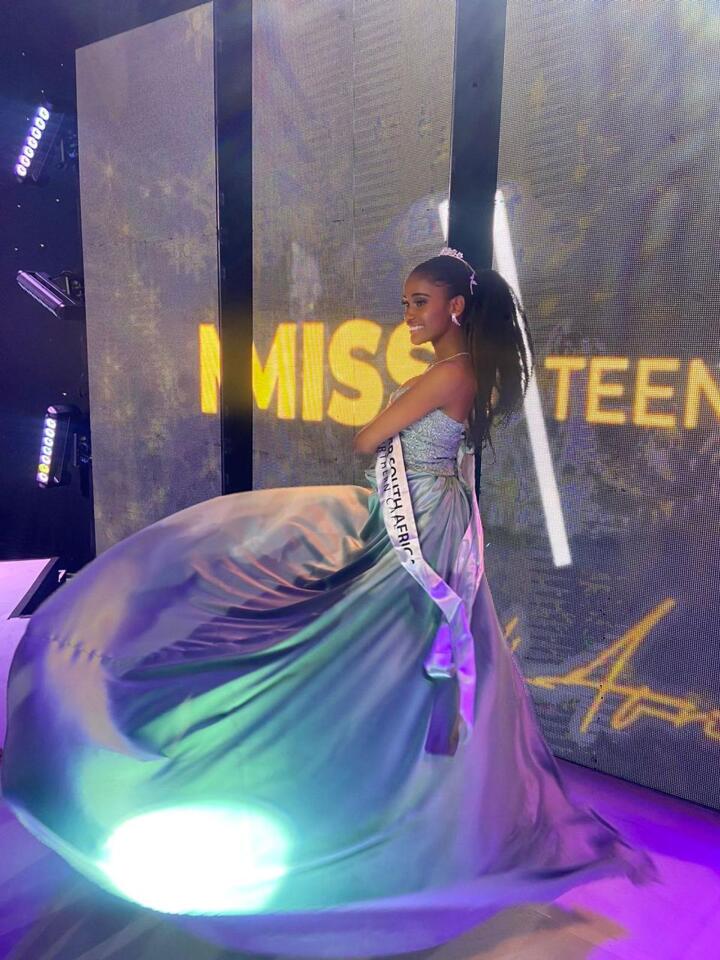