We got an exclusive preview of the all-new and significantly more powerful Ford Ranger Raptor at an international event. Join us for a closer look:

BANGKOK – While the new Ford Ranger is receiving all the attention right now, and rightfully so, there’s the small matter of its bigger and badder sibling waiting in the wings and ready to snort onstage.

We got an exclusive preview of the new Ford Ranger Raptor at the company’s Thailand plant while attending the recent South East Asian launch of the new bakkie line-up.

The Raptor that’s heading our way will be built in that same plant, with the Silverton factory having been regeared to build only the new Ranger in its various guises for local and international consumption.

It’s no secret that the biggest news is the petrol 3.0-litre twin-turbo V6 engine with 292kW and 583Nm under the bonnet. It’s what people have been asking for since the current Raptor broke cover in May, 2019 with the diesel-powered twin turbo 2.0-litre engine.

When it was made public that there was a new Ford Ranger Raptor on the cards we were secretly hoping that it would come with the V6 turbodiesel, but this petrol mill takes it up to a whole new level.

Interestingly, a few years ago over breakfast with a Ford South Africa executive I asked whether there were any plans to upgrade the powerplant to make the exterior looks compliment the performance.

His reply was that it had been specifically designed with that engine so that when it “gets air” over bumps, it doesn’t nosedive when it lands. He did add a caveat though, saying that there are some clever engineers who would, if asked, make it work with a bigger power plant.

Having been part of only three SA media houses as part of what Ford called the “inner circle” in the past 18 months, I think he knew something then but wouldn’t let on.

In the metal the new model is unmistakingly Raptor, and because it’s a whole new design from the ground up, the impression I got was that it looks even more aggressive than the outgoing model. That’s possibly because of Ford’s truck design DNA which gives it a look similar to the F150 Raptor. Take a closer look in the video below:

The Raptor is fitted with glare-free matrix LED headlights with dynamic bending, high beam and auto levelling and an enormous grille with black bumpers fitted with PDC this time around, with a bash plate rounding off the front.

Clearly visible too are the two rated recovery hooks (there’s also a pair at the rear), that aren’t there just for looks but will easily withstand a snatch out of a tricky situation.

Flared wheel arches sit on top of 17-inch alloy rims (there will also be an option for beadlock rims) fitted with 33-inch BF-Goodrich all-terrain tyres.

There’s decent underbody protection for all the important exposed bits so when the going gets really tough on rocky terrain, you have peace of mind that you’re not going to be stopped by an unwelcome oil spill.

To handle all that power and offroad prowess the chassis has been reinforced with a series of unique mounts and reinforcements for the C-pillar, load box, spare wheel and unique frames for the jounce bumper, shock tower and rear shock-bracket.

Talking of shocks. Ford’s engineers worked very closely with Fox to design an all new high-performance 2.5-inch Live Valve damper, that’s exclusive to the Raptor. They’re geared to react to suspension movements giving stiffer damping when needed if, say, you need to clear a jump and “get air”, as I said previously. Must have been those clever engineers the Ford exec was talking about.

Now back to the engine and drivetrain.

The 10-speed automatic gearbox remains but it’s been tweaked with specific engine boost profiles to optimise performance in each gear. Power is driven permanently to all-four wheels but there is an option to switch to rear-wheel drive should you be on the black stuff most of the time. That’s also handy when it comes to fuel consumption considering where the petrol price is speculated to be heading.

With seven different drive modes and a rear and front locker to choose from you’re unlikely to get stuck and if you do, well, the number of a Unimog owner could come in handy.

As with the Ranger, the Raptor’s diff locks are engaged via the 12-inch touchscreen and, as I said in my driving impressions of the Ranger, that makes me a bit nervous.

A blank or unresponsive screen with front and rear engaged will throw a large spanner in your weekend offroad jollies.

There’s also a Trail Control setting managed by the cruise-control system that keeps the speed at 5km/h, allowing you to focus on where you’re driving and coupled with the offroad cameras broadcasting to the screen the guesswork on steep inclines or declines is minimised.

In Baja mode3 (that’s right, 3) the anti-lag system fitted to other Ford performance vehicles such as the Ford GT Supercar and their rally cars, keeps the turbos spinning for three seconds, boosting throttle response between gears.

As one would hope, there’s noise too with an active valve exhaust. Starting with Quiet mode, Normal, Sport and Baja – which elicits a glorious response through the twin tailpipes, which is described as being like a straight-through exhaust system.

And while the exterior is all butch and bulk, the interior boasts a premium finish that would not be out of place in a German luxury vehicle.

Like the new Ranger the cockpit is completely digital, dominated by the 12-inch infotainment system with Sync4 as well as digital dials and menus which I didn’t have enough time to play with but no doubt it will be the same as the Ranger, with super-fast reaction times and very decent graphics.

The sports performance seats, which Ford say are inspired by the F-22 Raptor fighter jet, leather stitching and superior finishes will set the standard when it comes to bakkie and in fact, car interiors.

It’s been a long time coming but when it hits the showrooms and we get to drive it, the Ford Ranger Raptor will have tongues and tyres wagging.

Order books for the new Ford Ranger Raptor open in Q3 this year, with local launch timings and deliveries to be confirmed. 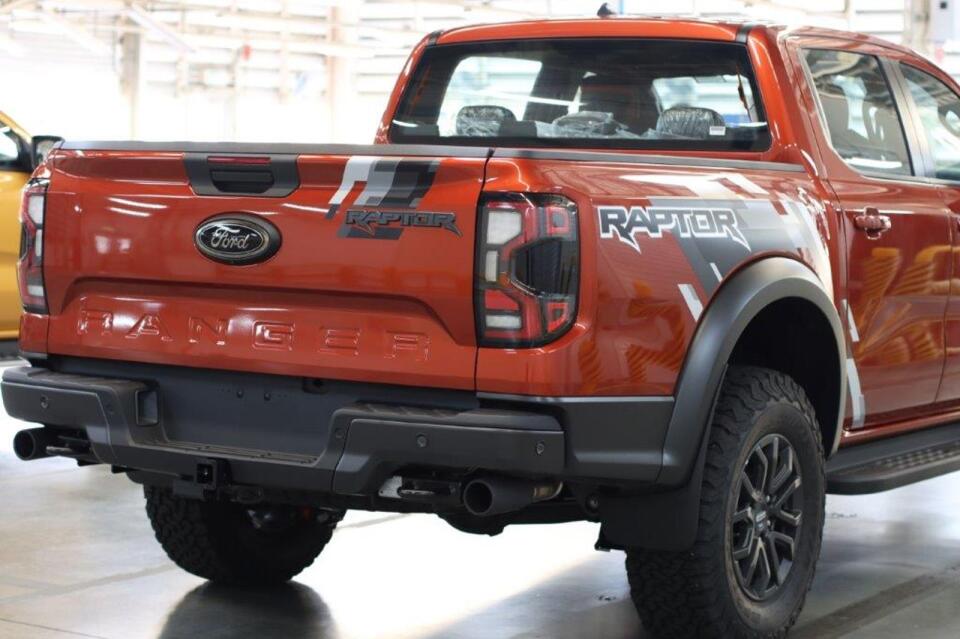 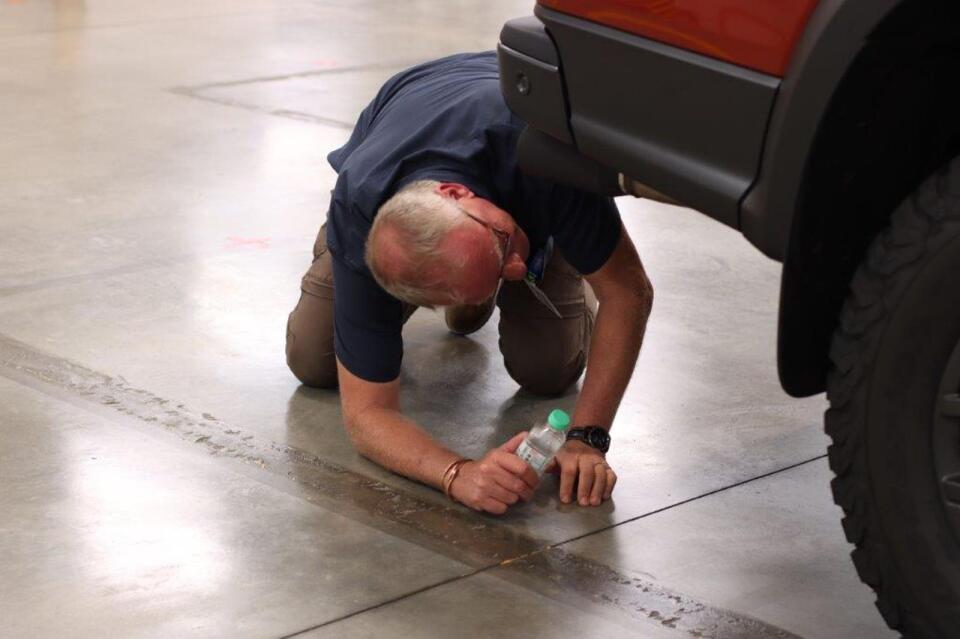 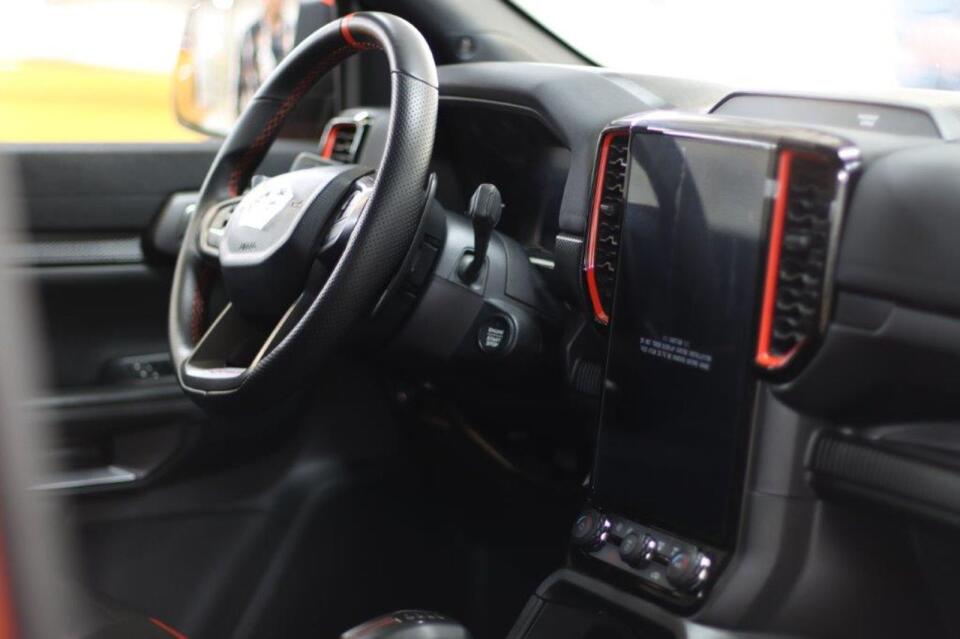 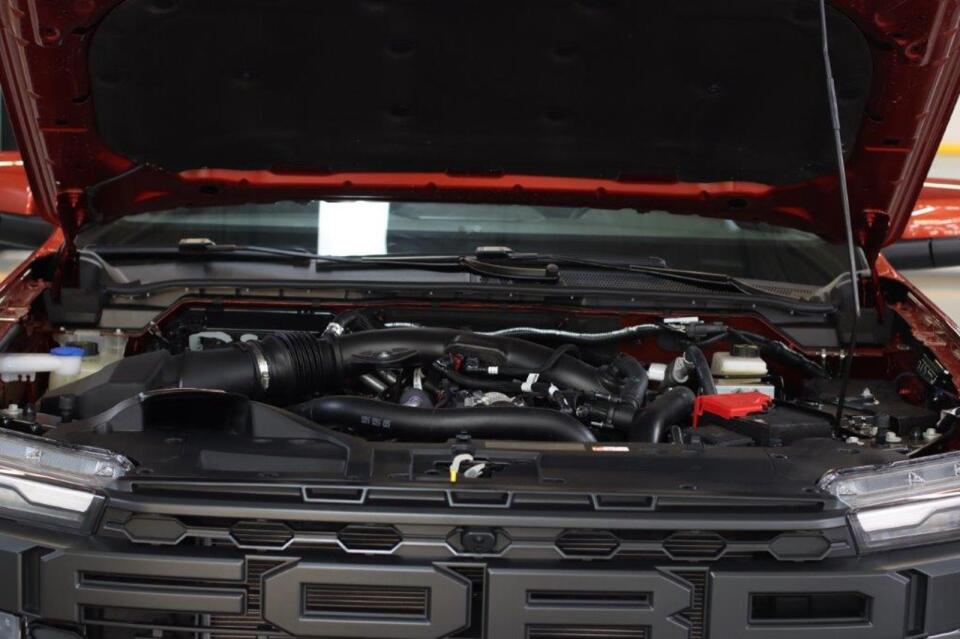 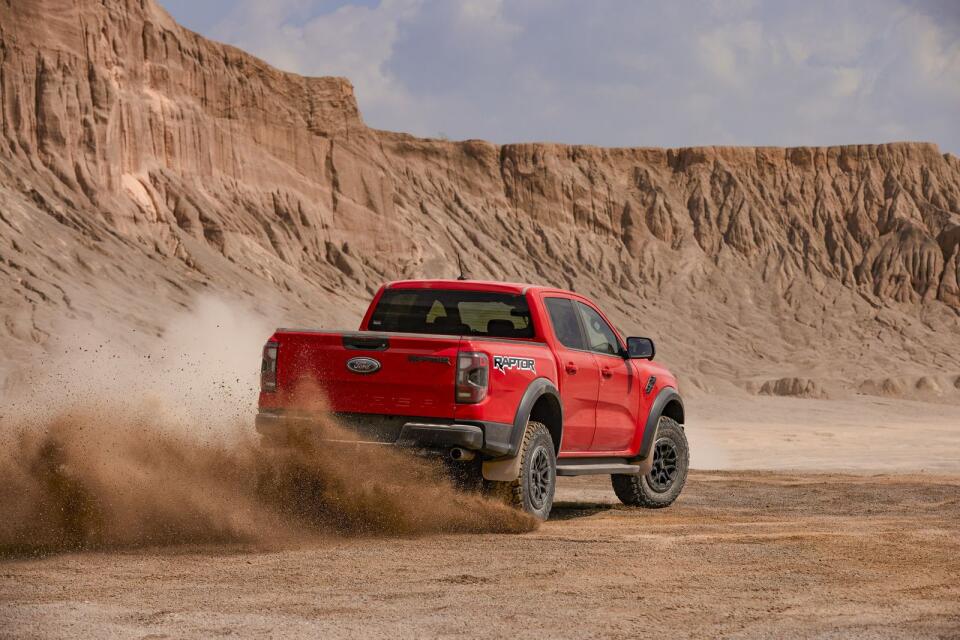