Like its smaller GR Yaris sibling the new Toyota GR Corolla wants to make a rally driver out of you.

TOKYO – The Toyota GR Corolla has finally been unleashed and it’s ready to do battle with performance hatchbacks like the Volkswagen Golf R and Honda Civic Type R.

Inspired by early Corolla rally cars like the TE25 that earned Toyota’s first WRC victory in 1973, the GR Corolla was born from Toyota President Akio Toyoda’s strong desire to “bring back a Corolla that captivates our customers”.

Following a similar script to its smaller GR Yaris sibling, the Toyota GR Corolla boasts a carefully honed all-wheel drive system as well as beefed up suspension and a wider body.

Power comes from an uprated version of the G16-E 1.6-litre three-cylinder turbocharged and intercooled engine found in the GR Yaris. In this guise it produces 224kW at 6,500rpm and 370Nm between 3,000 and 5,500rpm. And yes, Golf R fans, that’s is a little shy of the VeeDub’s 235kW and 420Nm, but the Toyota is surely going to boast a fun factor of its own with its rally-inspired chassis and boisterous exterior package.

The engine powers all four wheels through a six-speed manual transmission with rev-matching technology, and GR-Four all-wheel drive system which can vary the power distribution between the front and rear axles depending on which mode is selected. Drivers can choose between 60-40, 50-50 or 30-70 front to rear distribution set-ups.

Although Toyota says it’s strictly sticking to a manual gearbox for this car there are rumours of an automatic option being offered at some point in the future and a torque converter unit is currently being tested on rally circuits in a GR Yaris.

Toyota says that no stone was left unturned in the process of developing the GR Corolla’s chassis. The vehicle was tested repeatedly at some of Japan’s leading circuits and drivers also subjected it to various heavy duty dirt and snow driving courses with a Japanese Rally Championship driver at the wheel.

The GR Corolla’s boldly flared front and rear fenders make it obvious that the vehicle has been widened, and for the record Toyota has widened the track by 85mm at the back and 60mm upfront. Engineers improved its body rigidity too, while various braces have been added at strategic places in the chassis to improve handling stability. Also aiding that cause are pillow-ball bushings and optimised springs, shocks and wheel alignment, all adding up to provide what Toyota calls “overwhelming cornering performance”.

Toyota will also be offering a Performance Package, which treats customers to front and rear Torsen limited-slip differentials.

Weight saving was also a critical area of focus for this car’s developers and to that end the bonnet and front door panels are made from aluminium, while the Circuit Edition model that Toyota will offer in some markets also has a roof made from forged carbon sheet moulding compound.

The cabin, as you’d imagine, takes its inspiration from the world of rallying and customers can look forward to a GR badged steering wheel as well as a bespoke TFT digital instrument cluster with a GR meter that shows things like turbo pressure and gear position. The sports seats fitted to the GR Corolla are upholstered in Brin Naub suede and synthetic leather with red stitching, red mesh inserts and GR badged headrests.

The Toyota GR Corolla is built alongside its GR Yaris sibling in a dedicated GR factory in Motomachi, Japan.

“Instead of the traditional conveyor system, the body and assembly lines comprise several different cells connected by automatic guided vehicles (AGVs) rather than the conveyors featured in conventional car plants,” Toyota says.

“This fully flexible method of working, with many manual assembly techniques, enables precise body and suspension alignment, with variations in vehicle dimensions and weight kept to a minimum.”

At the time of writing there was no word yet on whether the Toyota GR Corolla would be coming to South Africa, but we sure are praying that it will. 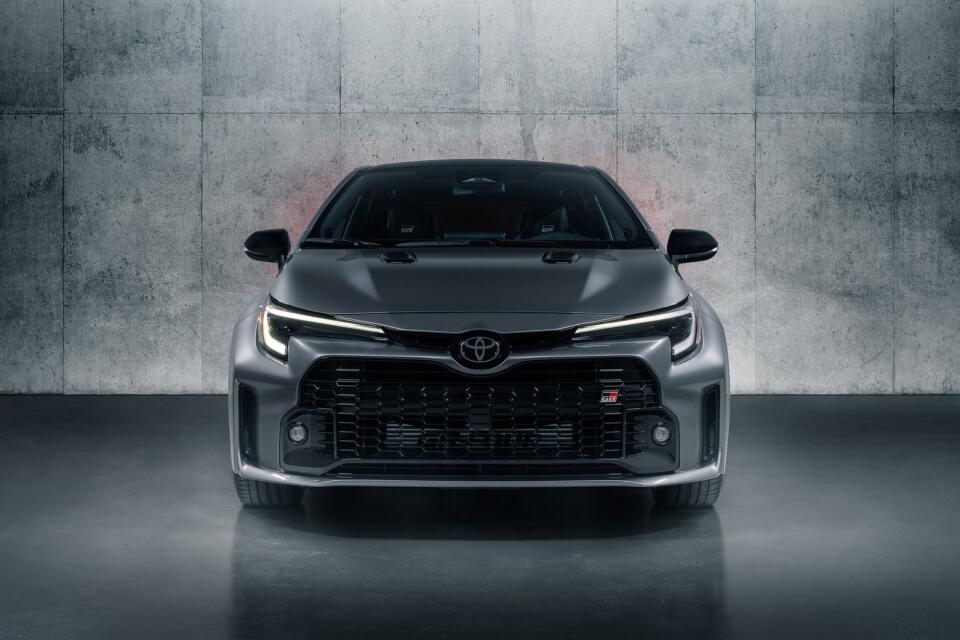 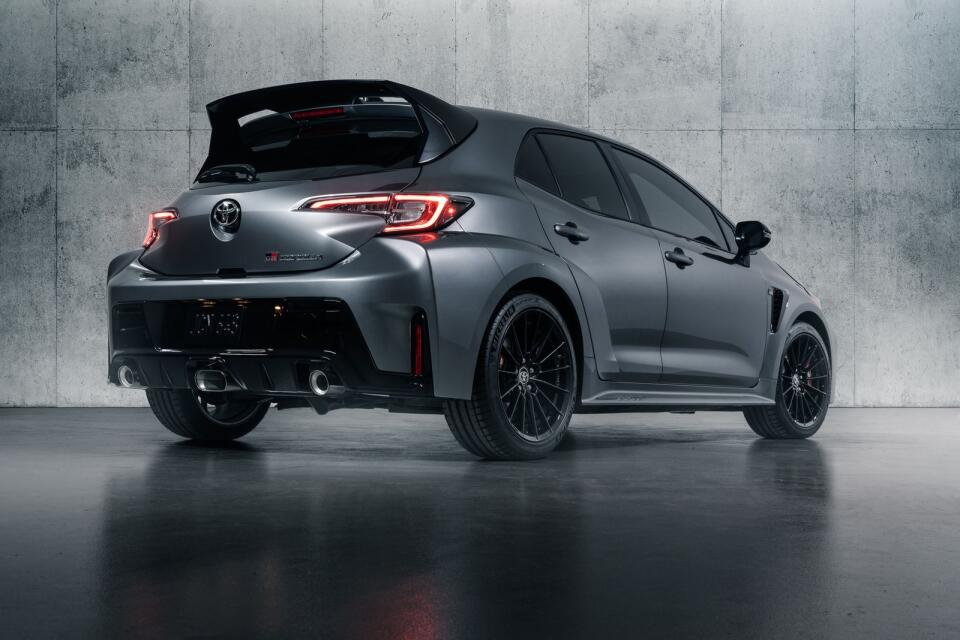 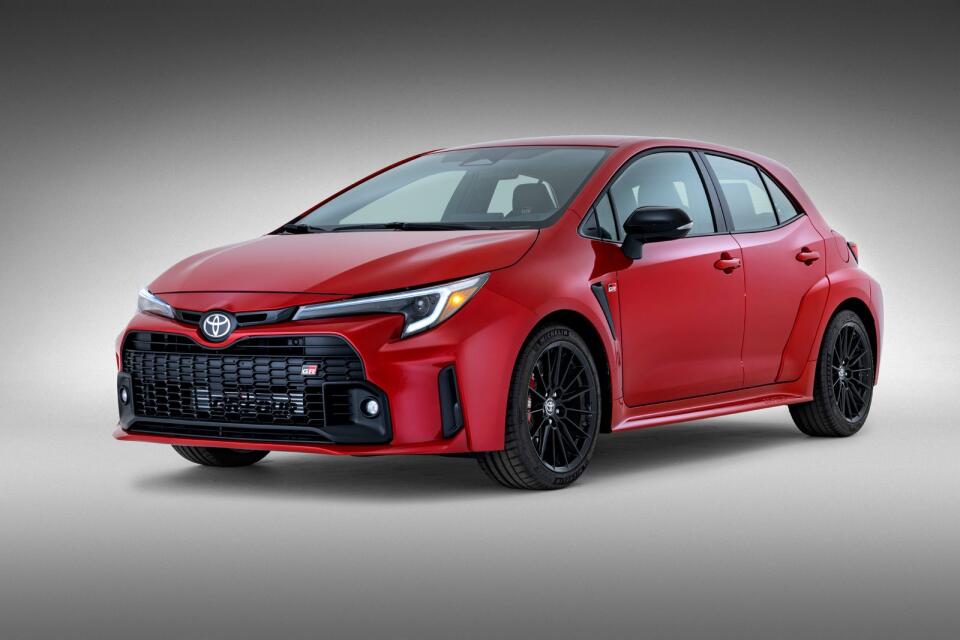 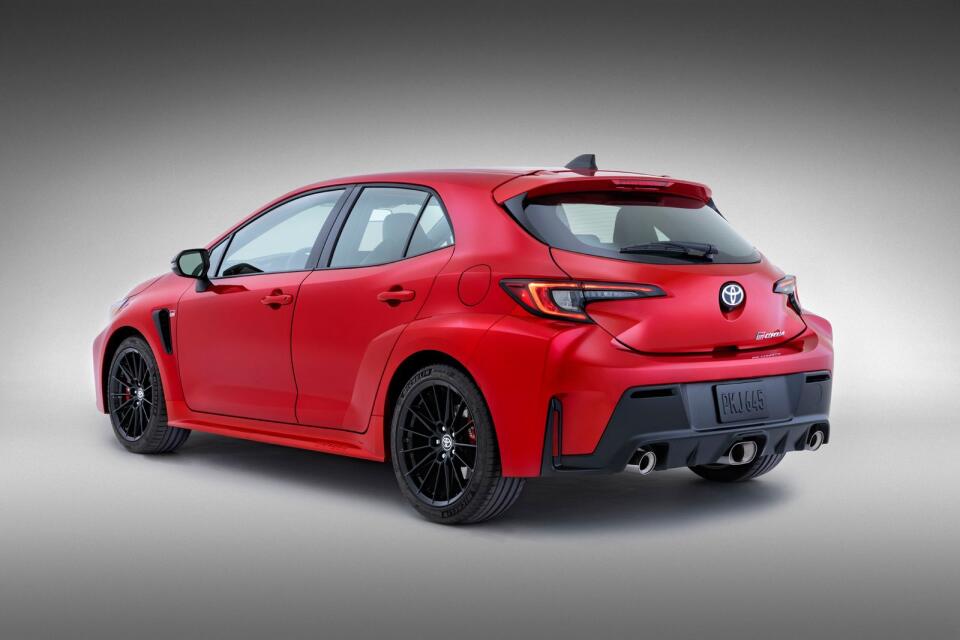 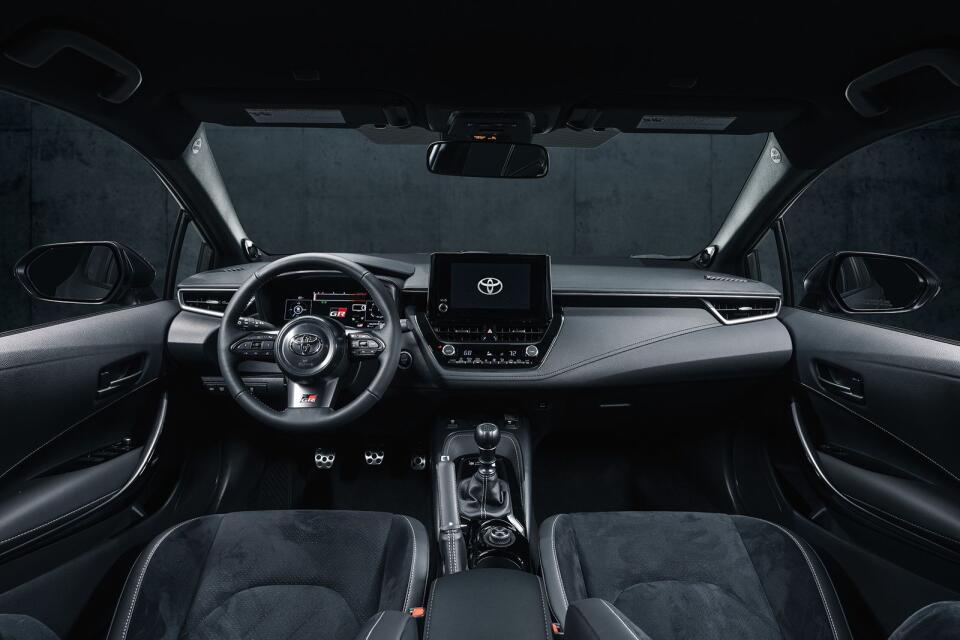 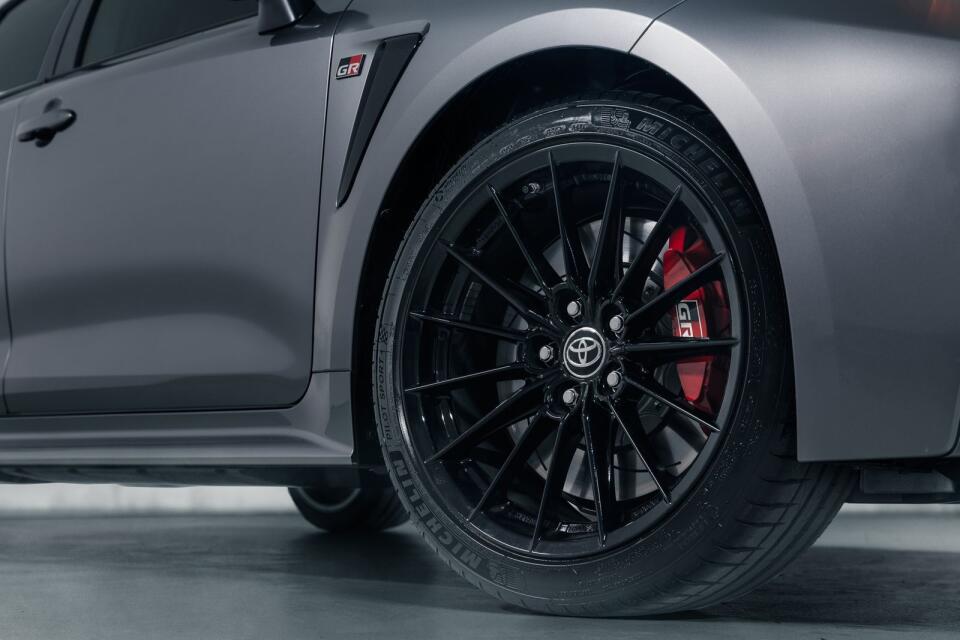