The Volkswagen Polo 1.0 TSI 70kW Life offers a combination of driving refinement and interior sophistication that’s hard to beat at the price. It’s easy to see why it sells so well.

IF YOU’VE paid attention to social media lately, it’s possible that you might have formed a negative opinion about Volkswagen Polo drivers, unless you are one – in which case, you would have jumped to the defence.

Having seen some of the videos doing their rounds, you might think that a certain right of passage for Polo buyers might be to smash their new car through the showroom window or, failing that, to crash down the embankment just outside the dealer.

There was even a recent survey which concluded that Polo drivers were the most likely to be involved in fatal crashes, although I think that’s a bit unfair considering that there are a lot more Polos on the roads than other car models, especially when you add together the sales figures for Polo and Polo Vivo.

Look, I’m not here to judge. But, in the interests of good old-fashioned investigative journalism, I recently spent a week with the newly-facelifted Volkswagen Polo Life 1.0 TSI to see for myself if getting behind the wheel would suddenly turn me into a crazed lunatic.

The good news is that I emerged unscathed and, best of all, the ability to use an indicator was not magically flushed out of my brain. Not only that, but I enjoyed my time behind the wheel of the new model and, all considered, it’s easy to see why it sells as well as it does.

The model I drove was one of the humbler variants, maybe not in terms of spec as it was the mid-range Life grade, but because it had the 70kW version of Volkswagen’s 1.0-litre TSI petrol engine, paired with a five-speed manual gearbox.

And yes, its power output might sound on the humble side but given that it’s turbocharged, the engine produces an impressive 175Nm of torque at just 2,000rpm and there’s virtual altitude immunity too. As a result, the 70kW Volkswagen Polo TSI feels surprisingly brisk in urban traffic and it can also hold its own on the highway, although steeper hills with a heavy load of passengers might require a gear-down.

I was also impressed by the fuel consumption which, according to the on-board readout, amounted to 5.4 litres per 100km on a route that mostly consisted of highway driving. Extensive urban driving would, of course, push that number somewhat higher.

The manual gearbox operates smoothly, and although there’s only five forward cogs, the ratios are well spaced. However, given how heavy the traffic is getting these days, I do think that Volkswagen would do well to offer a more affordable auto box alternative as the only option is an 85kW DSG that’s priced from R374,400. The 70kW Life manual, for the record, costs R353,600.

Out on the open road, the Volkswagen Polo 1.0 TSI is so quiet and refined it feels like a bigger and more sophisticated package than what the price suggests. It rides comfortably too and there’s really no faulting the road holding. The steering feels accurate and intuitive. Overall, the Polo exhibits a solid and planted feel on the road.

This is also a relatively practical car. Legroom is decent by B-segment standards and there’s a 351 litre boot that should meet most needs.

Although Volkswagen’s interiors are arguably not as classy as they once were, the new Polo’s cabin feels close enough to premium and it’s also well executed from an ergonomic perspective, while keeping abreast of the latest digital trends.

A digital instrument cluster is standard on the 2022 model, while infotainment in the base and Life models comes in the form of a 6.5-inch Composition Colour media system. However, you can opt for the fancier multicolour, multiview instrument cluster (for an extra R2,000) as well as an 8.0-inch Composition Media infotainment system with inductive phone charging (R9,300) or Radio Discover Media system (R20,600) with built-in navigation.

Compared with the base model, the Polo Life gets cruise control as standard as well as park distance control, leather-trimmed steering wheel, a central armrest with an additional USB-C port in the middle passenger compartment; and visually, it’s set apart by upgraded “Slash” seat fabric and Lava Stone Black interior decor.

There are a lot of fancy options to bankrupt yourself with, including a tilting and sliding panoramic sunroof (R14,500), Keyless locking and start (R5,900) and the Comfort Park Package (R15,500). There’s also a safety package for R12,700, which adds driver assistance gizmos like Adaptive Cruise Control, Forward Collision Warning, Emergency Braking, Pedestrian Monitoring and Lane Assist.

On the outside, the Polo Life comes with 15-inch Essex alloy wheels and LED headlights as standard, but buyers can opt for bigger 16” wheels (R4,800) as well as IQ.Light matrix LED headlights, at R15,500.

On the subject of styling, the Volkswagen Polo was recently facelifted and although it retains a familiar look at the front, it does have a fresh headlight, grille and bumper design that gives it a cleaner look. The changes to the back are more profound, with new split tail lights that extend into the tailgate to forge a resemblance to the Golf 8.

I must admit that it didn’t pull my heartstrings in the same way as the new Peugeot 208 did, but when all the pros and the few cons are added up, it’s easy to see why the Volkswagen Polo is such a big seller. In a nutshell, it offers a combination of driving refinement and interior sophistication that’s hard to beat at the price. 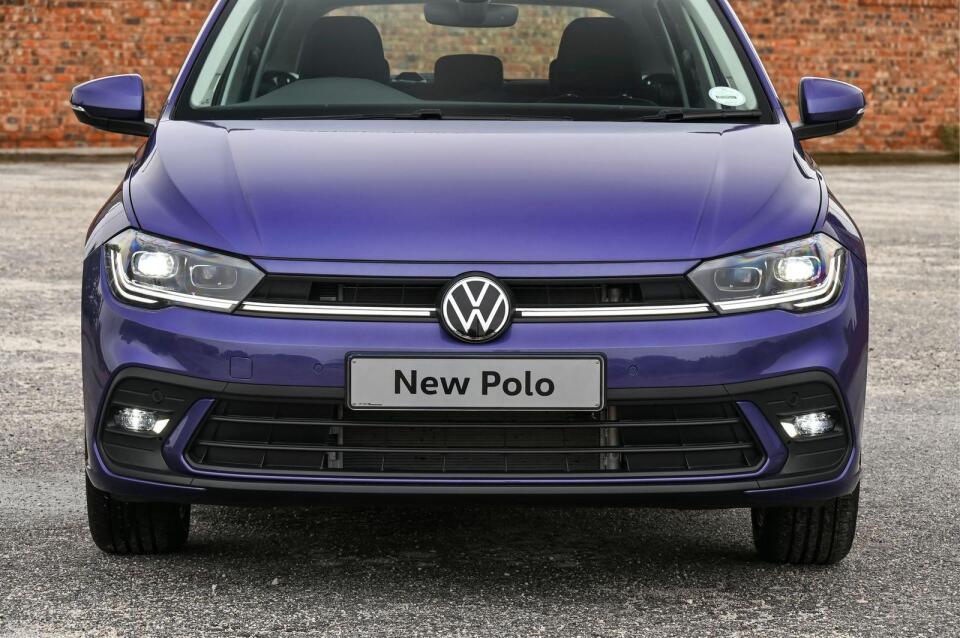 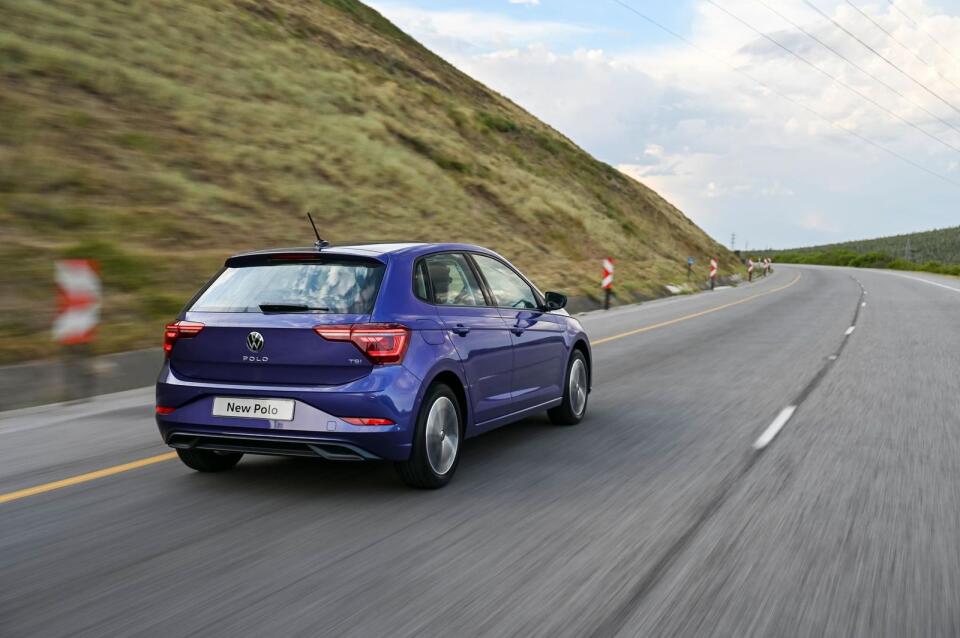 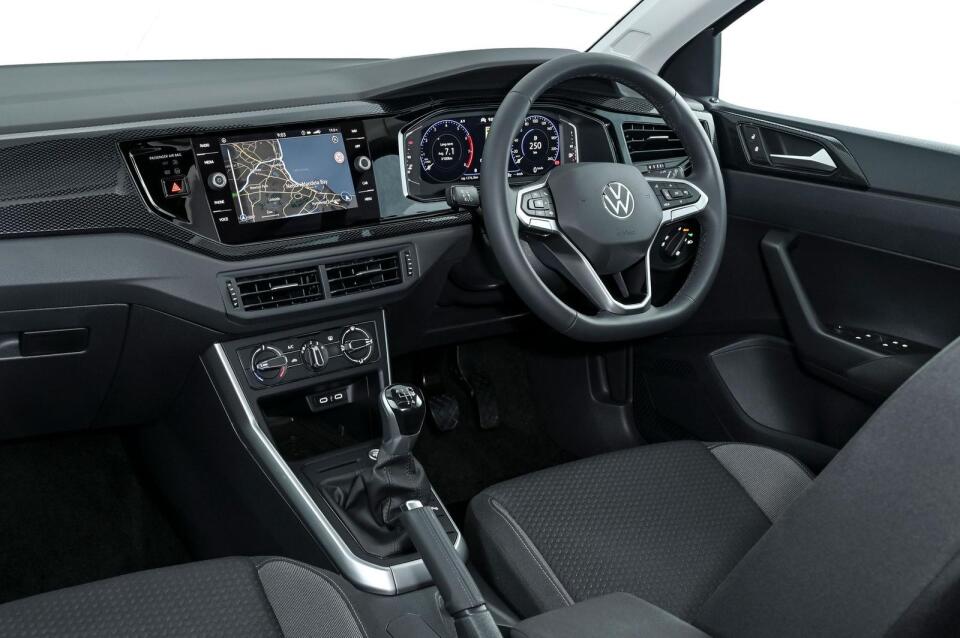 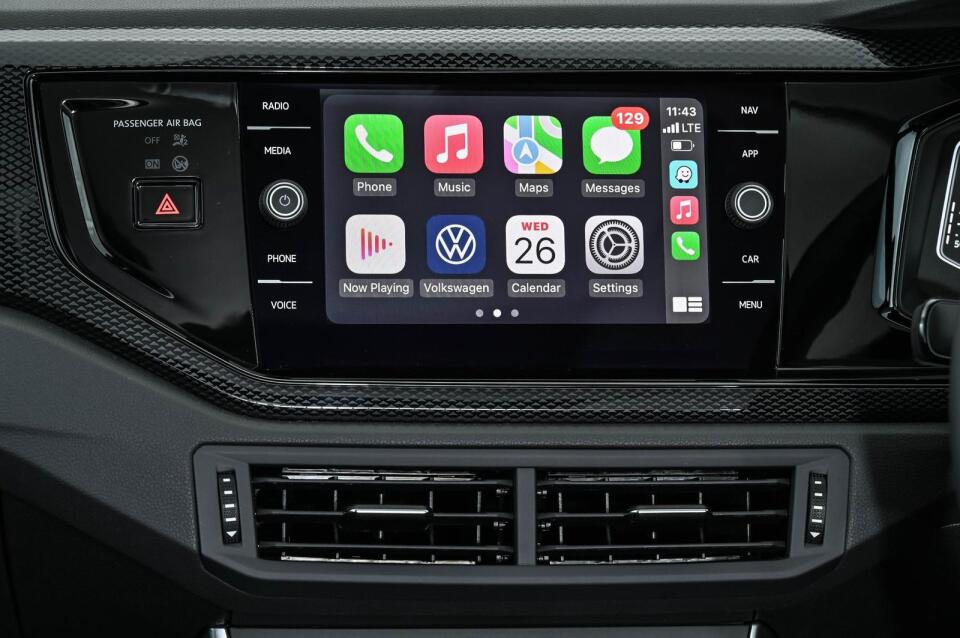 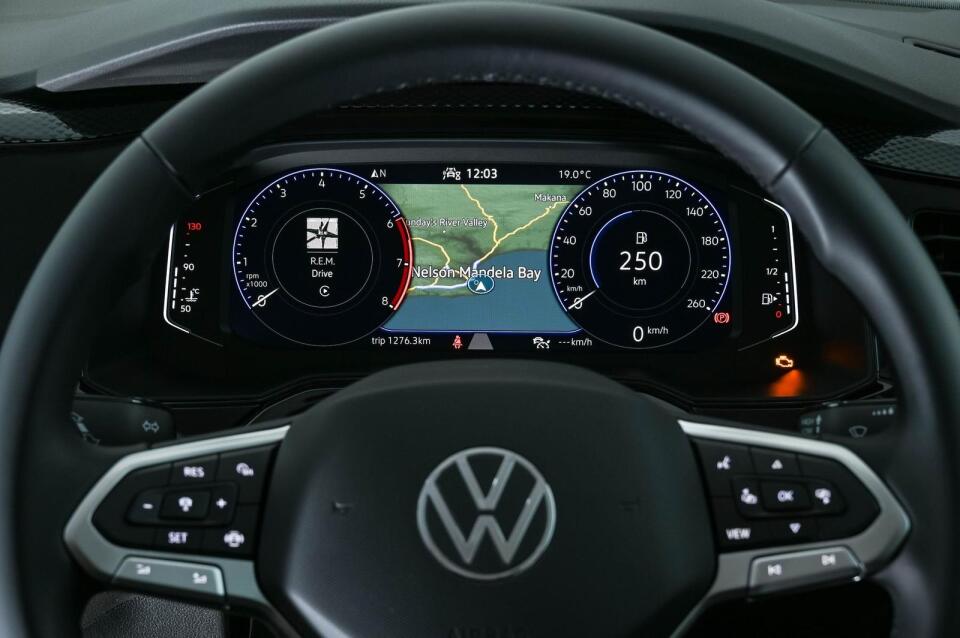