This is it, folks – the new Ford Ranger has been fully revealed and it’s got V6 power.

AFTER years of research and development, months of speculation and spy pics and billions of rands invested in the Silverton plant, the new Ford Ranger has finally been revealed to the world.

And judging from the pictures, specifications and technology they have raised the bar significantly in the ever-popular bakkie market. So, let’s meet the new Ford Ranger.

First things first, and what everyone wants to know, is that yes there will be a diesel V6 and no, it won’t be a VW engine. Queue fist pumps from prospective owners. It’s set to be launched in three variations; XLT, Sport and Wildtrak (left to right below).

What engines to expect

Apart from Ford’s proven diesel V6 found in the F-150 and adapted for the Ranger there will be two 2.0-litre diesel single turbo performance variations as well as the 2.0-litre bi-turbo already familiar to South Africans. The well-known 2.3 litre EcoBoost petrol engine will also be offered in some global markets.

Ford SA haven’t said which variations are heading for South Africa yet, but given the range of vehicles it’s highly likely that the V6 will slot into the top of the range Wildtrak.

It also means the end of the road for the 2.2 and 3.2 litre diesel mills currently on offer locally.

The engines will be mated to an updated 10-speed automatic transmission, six-speed auto or six-speed manual gearbox.

But the new Ford Ranger is more than just about what’s under the hood because their first port of call when they started the journey was listening to what customers around the world had to say with more than 5,000 interviews and dozens of customer workshops which was was always top of mind throughout the process whether it was for business, family or adventure.

“With Ranger, we’ve had a big extended family for decades,” said Jim Farley, president and CEO. “This truck has always been a trusted partner to small business owners, farmers, families, adventurers, commercial fleets and so many more in more than 180 markets around the world. And with the new Ranger, this is our moment to deliver. Not just a product our customers will love, but an always-on experience that will help us build strong and lasting relationships with them. This is the midsize truck people will want to own and experience.”

Dianne Craig, president of Ford’s International Markets Group says: “When we reimagined the Ranger, we set out to create more than just a great new pick-up truck; we set out to design a great experience as well. We are a family company, and we want our customers to feel like part of our family. The vehicle sale is just the beginning of our journey together.”

Ford also outlined its “always-on” commitment to customers, with a host of services centred around convenience on their terms. Depending in which markets, these include service pick-up and delivery, a Ranger Concierge program, and streamlined online service booking options.

The new Ford Ranger project was led by Ford’s Product Development Centre in Australia. Its international team of designers and engineers worked with teams around the globe to not only incorporate the very latest in Ford technology, capability and safety, but to also engineer and test it to Ford’s toughest standards.

“Our team was focused on one goal – to make this Ranger the toughest and most capable we’ve ever created,” said Graham Pearson, Ranger vehicle program director. “They put it through one of the most exhaustive global testing schedules we’ve ever developed and would not rest until we were satisfied that it was Built Ford Tough.”

You’d be right to think that it has a bit of an F-150 look about it because as Ford says it customers told them the Ranger needs to look tough and needs to inspire confidence.

It shares Ford’s global truck design DNA and features a completely new grille and signature C-clamp headlight treatment with a shoulder line down the sides and bolder wheel arches.

At the back the tail-lights are designed in harmony with the signature graphics on the front while inside the cabin has received major improvements with soft touch materials and a prominent portrait-style centre touchscreen with Ford’s SYNC 4 connectivity and infotainment system.

Eight different exterior colours have been introduced into the line-up.

As part of their research customers said they needed a cockpit that catered for both work and family as well as being smart and connected.

To that end, the heart of the Ranger’s connective experience is the large 10.1-inch or 12-inch touchscreen in the centre stack.

It complements the fully digital instrument panel and is loaded with Ford’s latest SYNC4 system, which comes customer-ready with voice-activated communications, entertainment and information systems.

Additionally, there’s an embedded factory-fitted modem, allowing connectivity on the go when linked with the FordPass App.

Many of the traditional driving mode controls have been moved from the dash and centre console to their own dedicated display on the SYNC screen. With one button, drivers can go to a dedicated screen for all off-road and drive modes where they can monitor the driveline, steering angle, vehicle pitch and roll angles and other controls.

The screen is linked to a 360º camera to aid parking or negotiating tricky off-road terrain.

“The new short-throw e-shifter is central to the layout and is another example of where customers really guided our decision making,” said Max Tran, chief designer for Ranger. Customers overwhelmingly liked the e-shifter – they liked the fact that it looked higher-tech and that it was intuitive to use.”

There are also a number of useful storage features such as a large centre console bin, the door pockets are designed to carry more, the wide dash conceals an upper glove box and there are storage bins under and behind the rear seats.

The seats have been redesigned, with new bolsters and foam inserts and the second-row seats can now fold flat. Rear occupants have heating and cooling outlets at the back of the centre console.

Longer and wider, with upgraded chassis

The chassis has been upgraded with the wheelbase 50mm longer and a 50mm wider track than the outgoing model. A hydro-formed front-end structure creates more space in the engine bay for the new V6 engine and helps future-proof the Ranger for other propulsion technologies. It also opens up the front of the pick-up to allow more airflow to the radiator, which helps keep running temperatures down when towing or carrying heavy loads.

On the 4×4 versions there will be a choice of two four-wheel drive systems, an electronic shift-on-the-fly system, or an advanced full-time 4×4 system with a set-and-forget mode, designed for capability when and where needed. Off-road recovery is made easier with prominent dual recovery hooks in the front bumper.

To improve the ride and handling engineers had to take work orientated owners through to serious 4×4 drivers and those that push their Rangers to the extremes into consideration.

The front wheels have been moved forward by 50mm for a better approach angle and outboard for better off-road articulation, both of which improve the off-roading experience.

The rear suspension dampers have been shifted outboard of the frame rails to give drivers and passengers a better ride quality both loaded and unloaded.

A nifty addition is an integrated side step behind the rear tyres for easy access to the load bin.

With the new Ford Ranger being 50mm wider it made a significant difference to the load bin’s size and the type of cargo that can be carried like a full-sized pallet.

There’s a new plastic-moulded bin-liner that’s not as hard and uncomfortable as the current one, extra cargo tie down points on steel tube rails and flexible load bin caps that protect the top of the sides of the load bin and tailgate that also conceals structural attachment points for canopies and other aftermarket accessories.

Ford has also designed a new cargo management system with dividers to create smaller compartments to store objects and prevent them from rolling around in the back.

The tailgate can also double as a mobile workbench with an integrated ruler and clamp pockets to measure, grip and cut building materials.

Zone lighting – controlled via the SYNC screen or through the FordPass App – provides 360º lighting for better visibility around the vehicle. Load box lighting is provided under the left and right hand rails.

With so much focus on customer needs Ford has become a lot more customer centric and depending on the market they will provide a suite of services such as being “always on” – whether you have questions about the vehicle or need assistance. They have Ranger Concierges in key markets that will walk you through whatever you need to know, the FordPass App, or if you have a question or want to learn more about how to best use the Ranger’s hi-tech features, such as the Ford Pass app, it’s covered with its “Master your Ranger” virtual or hands-on education.

The new Ford Ranger will be built at the company’s plants in Thailand and locally in Silverton, Pretoria beginning in 2022. An exact on-sale date has not been announced as yet, nor has pricing or local specification levels. 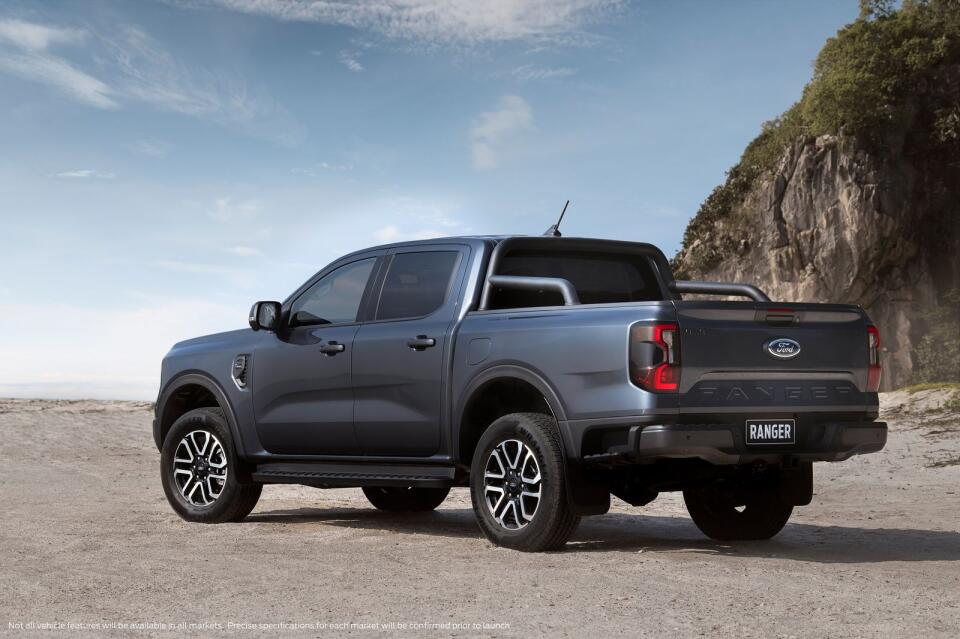 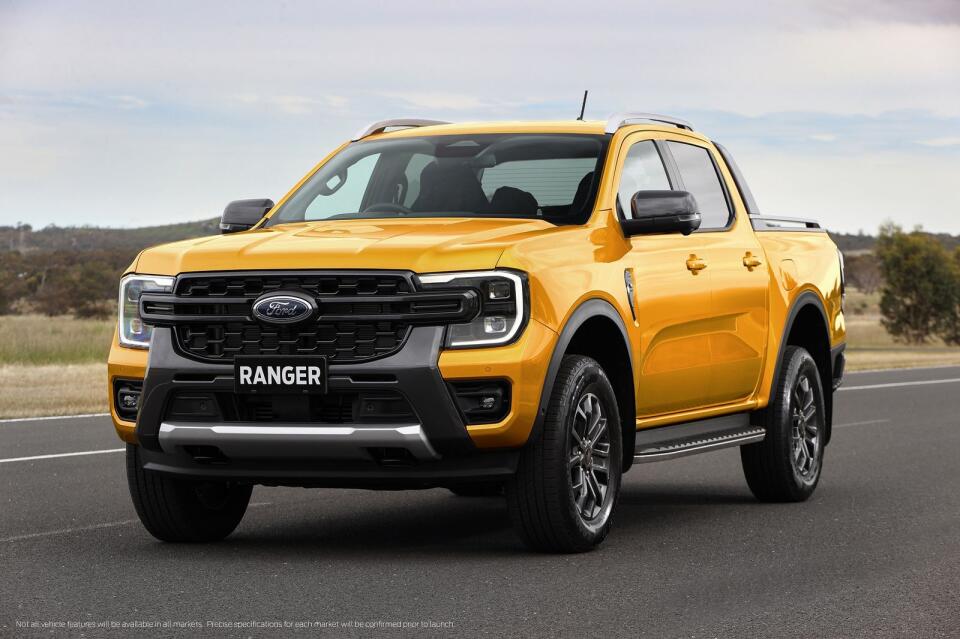 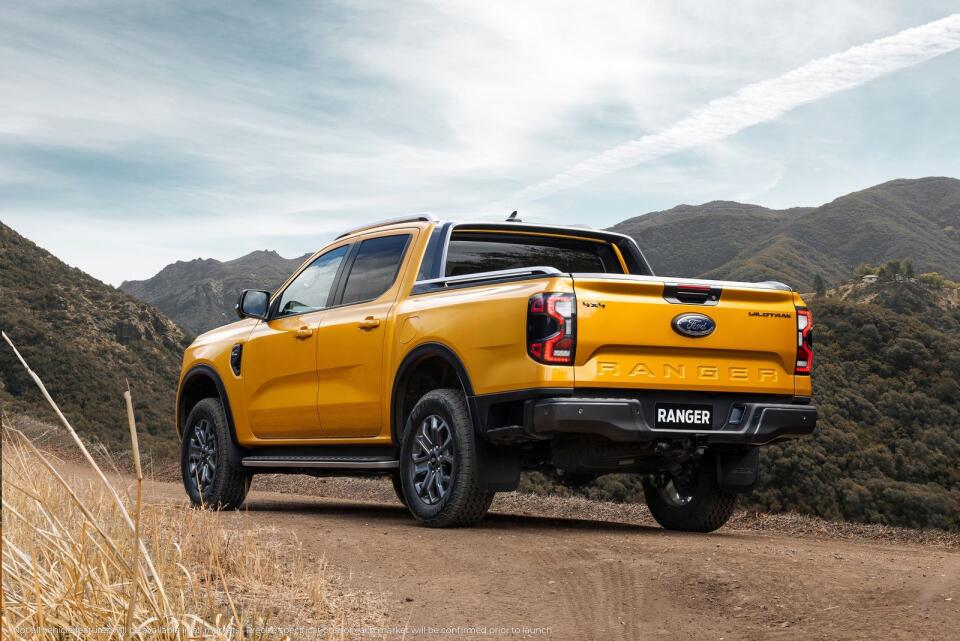 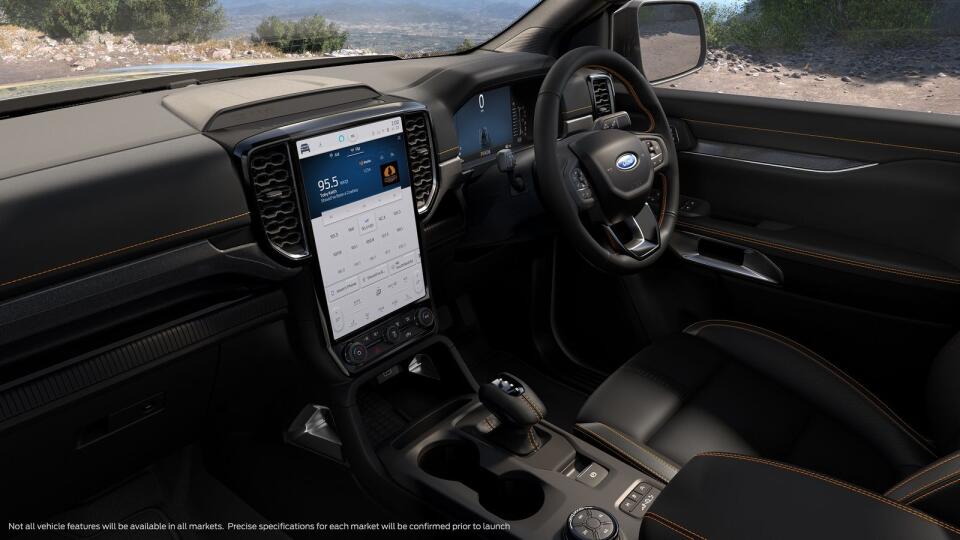 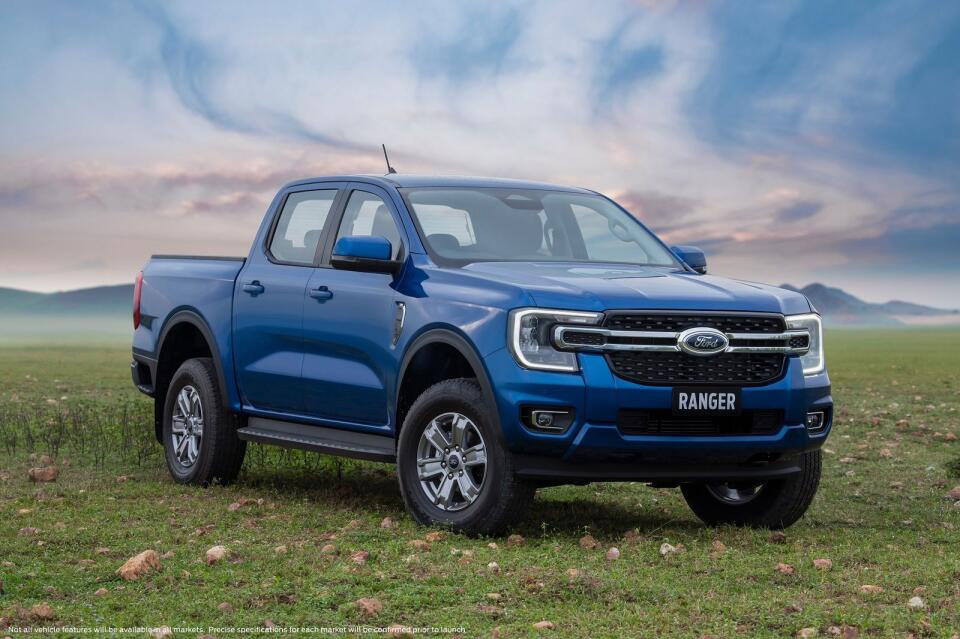 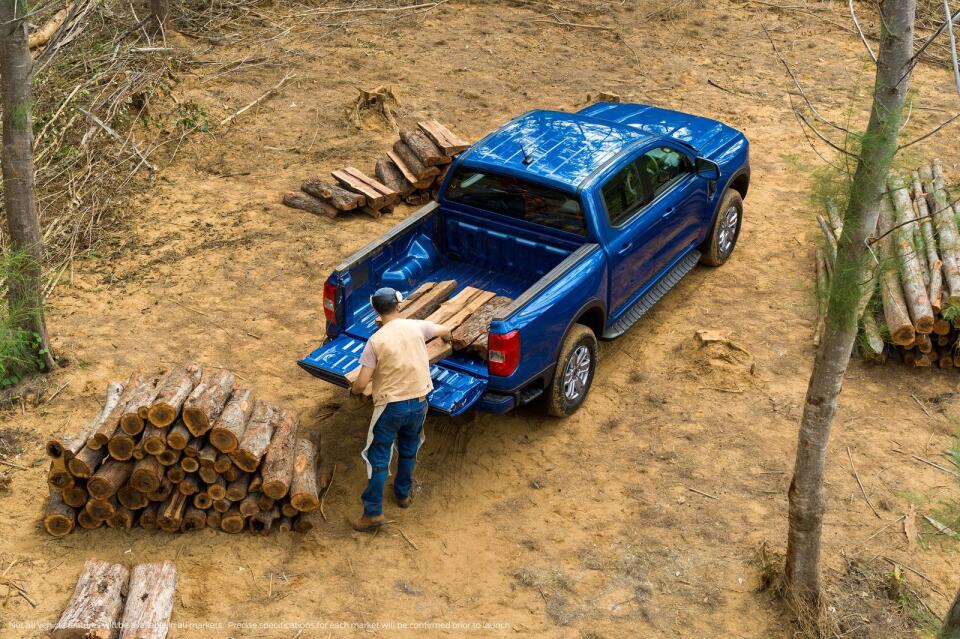 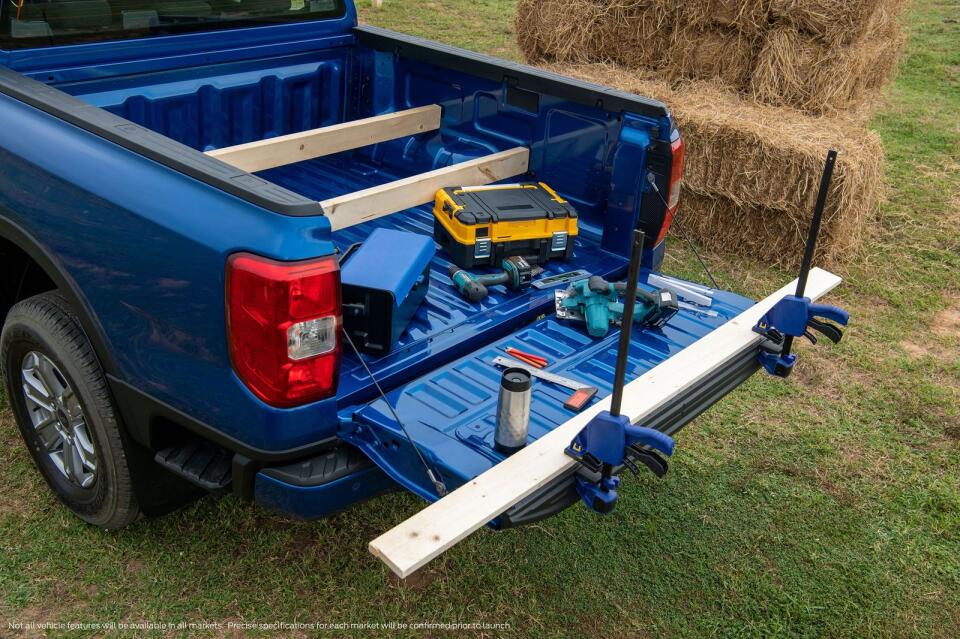 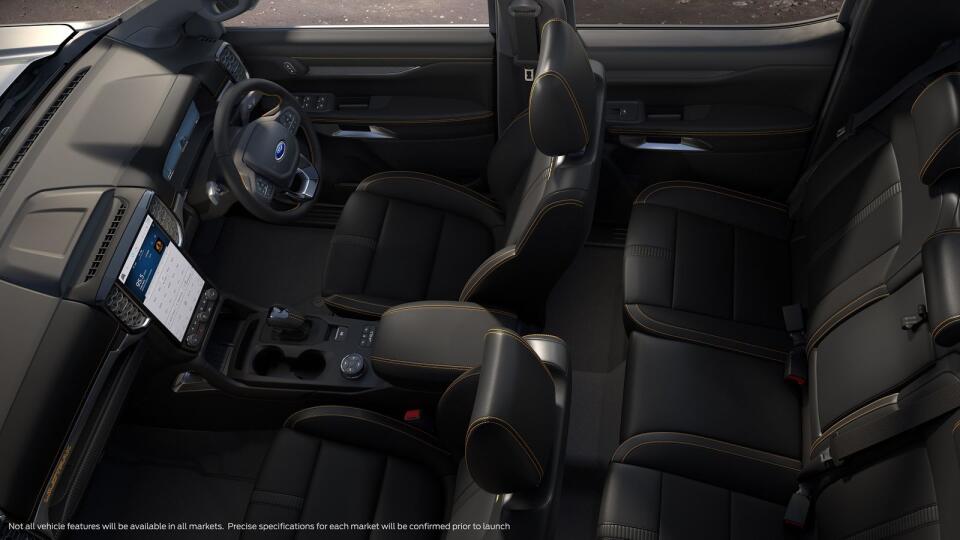 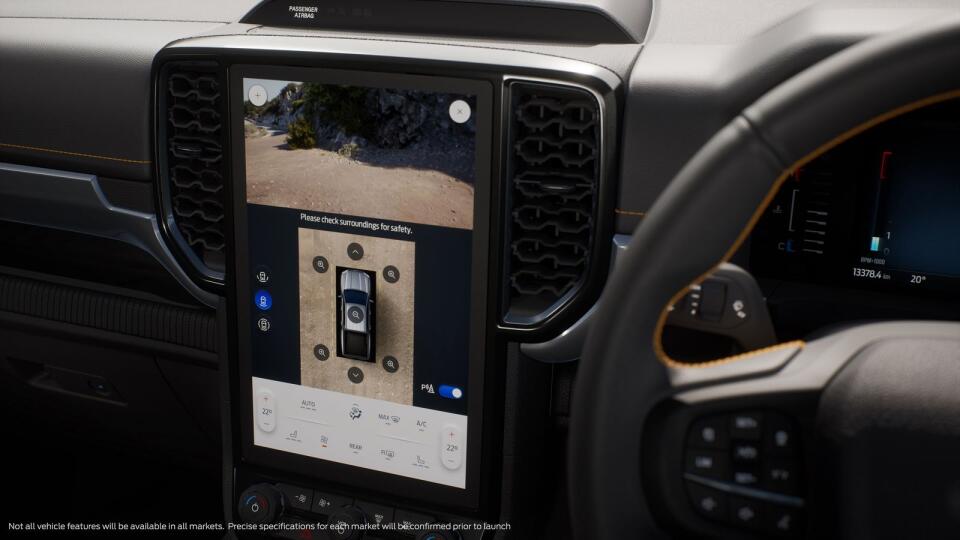 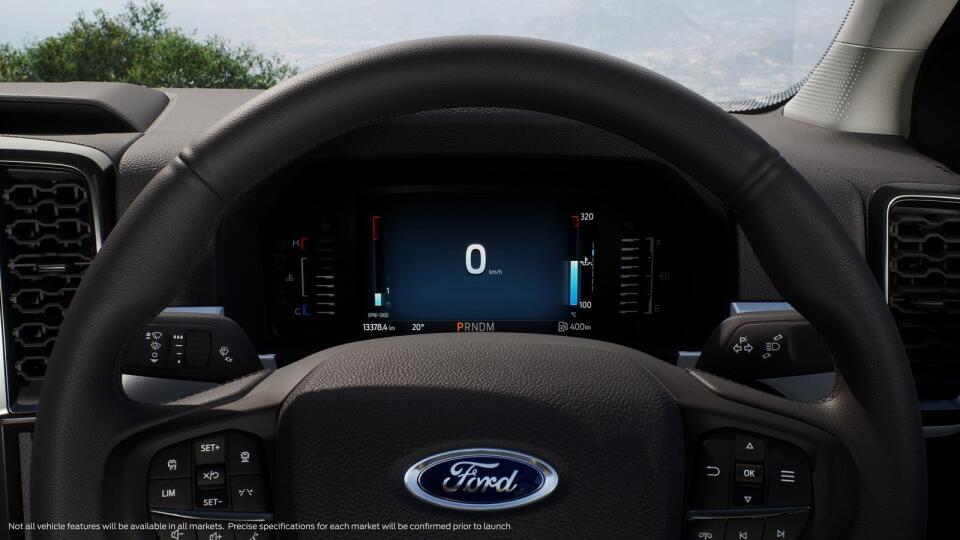 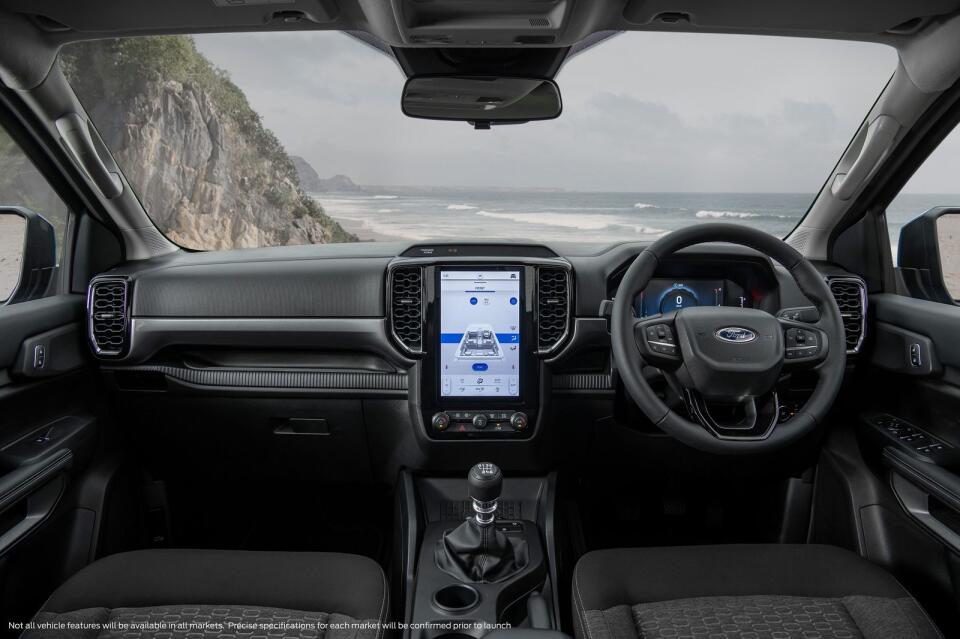