Entry-level is very much a relative term when you’re describing a hedonistic and hi-tech sports car model like the Mercedes-AMG SL 43.

However, entry-level is very much a relative term when you’re describing a hedonistic sports car flagship range like the SL, which was revealed in SL 55 and SL 63 4Matic+ guises late last year, complete with V8 power.

The “poor man’s SL”, however, takes the new-age downsizing philosophy to heart, the 43 being powered by a 2.0-litre four-cylinder powertrain, sporting some innovative F1-inspired technology.

For the first time in a production vehicle, the Mercedes-AMG SL 43 is fitted with an electric exhaust gas turbocharger derived directly from Formula One. Aiming to eliminate the compromise between low-end responsiveness and peak power that turbochargers normally present, the blower is operated by the car’s 48-volt electrical system, which also feeds the belt-driven starter-generator that can provide a 10kW power boost to the car in certain situations.

The four-cylinder engine produces 280kW at 6750rpm and 480Nm from 3250rpm, allowing the 1.8-tonne sports car to surge from 0-100km/h in 4.9 seconds and reach an electronically limited top speed of 275km/h. Power goes to the rear wheels through a nine-speed MCT 9G automatic gearbox.

As with its SL 55 and 63 siblings, the new four-cylinder model is built around a bespoke vehicle architecture developed entirely by AMG. The chassis consists of an aluminium space frame with a self-supporting structure to ensure top notch rigidity.

The 2+2 seat roadster is fitted with a three-layer, electronically-controlled fabric top, rather than the previous SL’s metal vario-roof. Not only does it reduce the car’s weight by 21kg, but the Z-fold design saves space and makes it possible to eliminate the conventional soft-top compartment cover. Opening and closing the top takes around 15 seconds and can be done at up to 60km/h, Mercedes says.

Mercedes-AMG says the SL 43’s cabin is an “exciting combination” of analogue geometry and digitisation. The fully digital instrument cluster is integrated into a ‘3D’ visor, and the new-generation MBUX infotainment system features AMG-specific content and display styles.

“In the 70 years of its development history, the SL experienced the transformation from a thoroughbred racing car to an open-top luxury sports car – and has long enjoyed legend status, not least for this reason,” Mercedes-AMG said.

“The new SL now marks another milestone in the model’s history. It combines the distinct sportiness of the original SL with the unique luxury and technological excellence of the modern Mercedes-AMG models.” 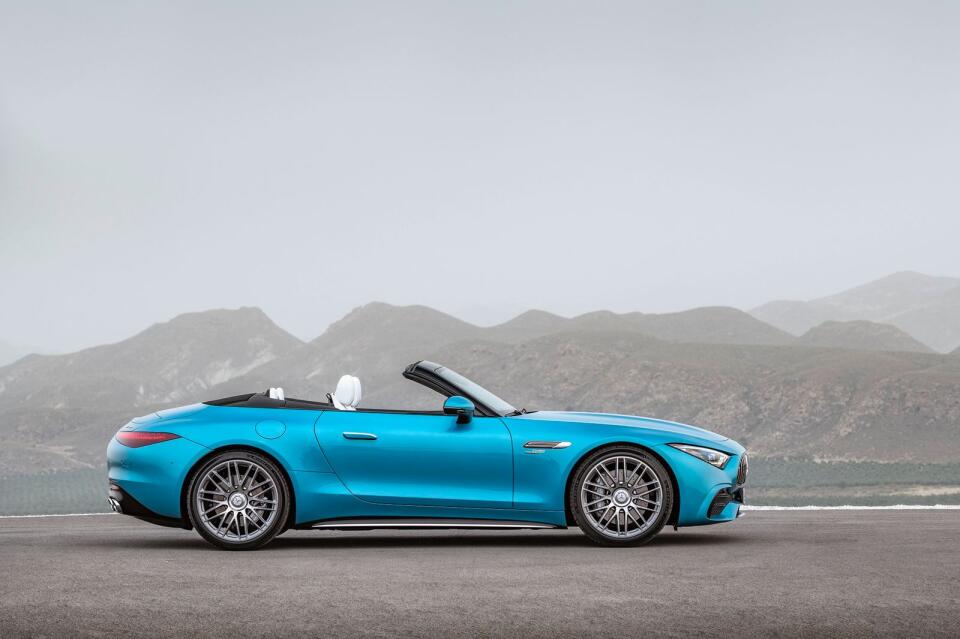 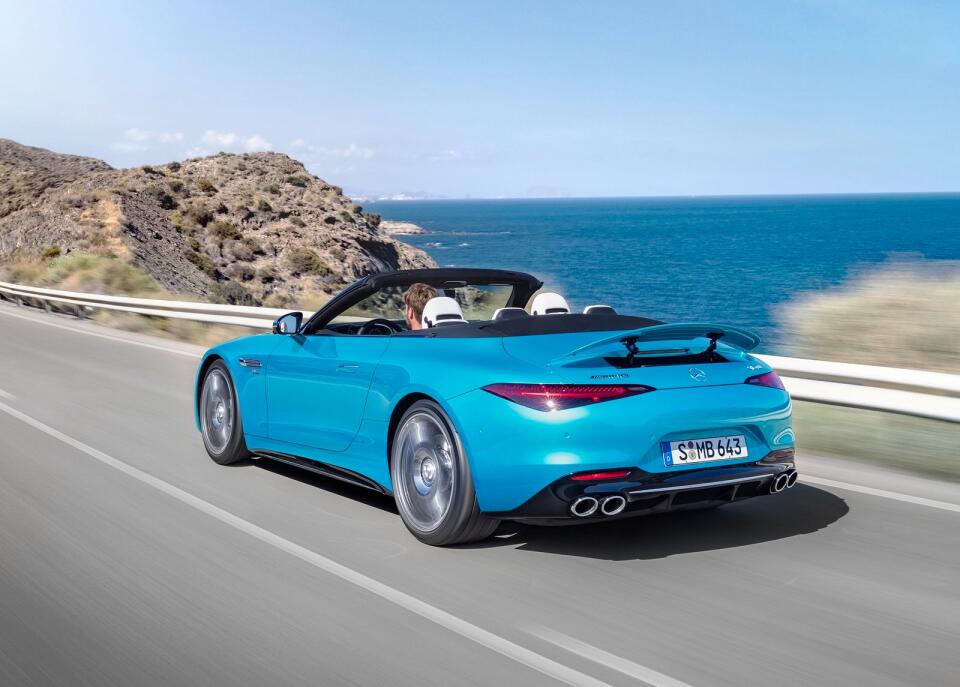 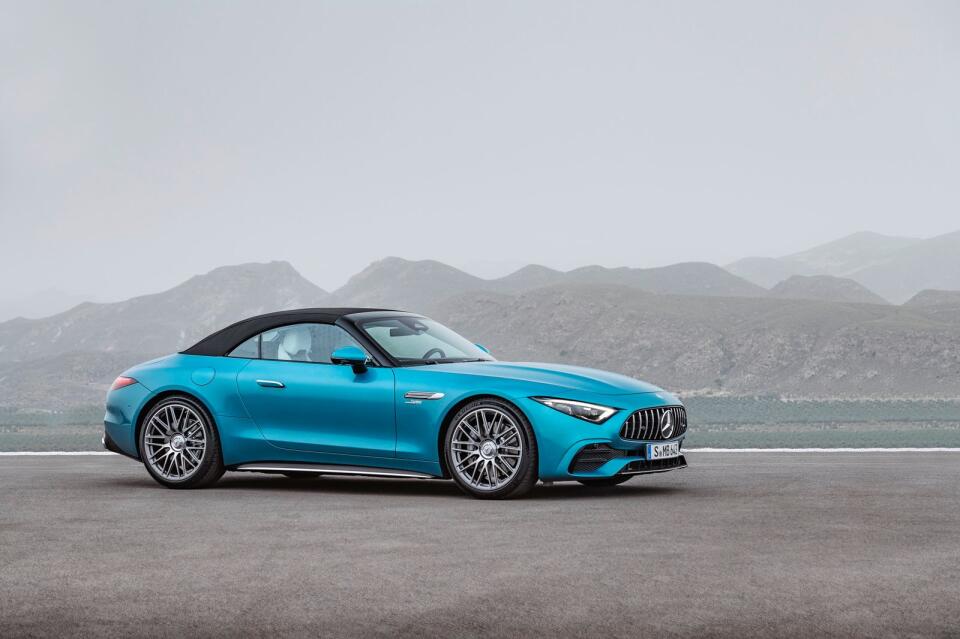 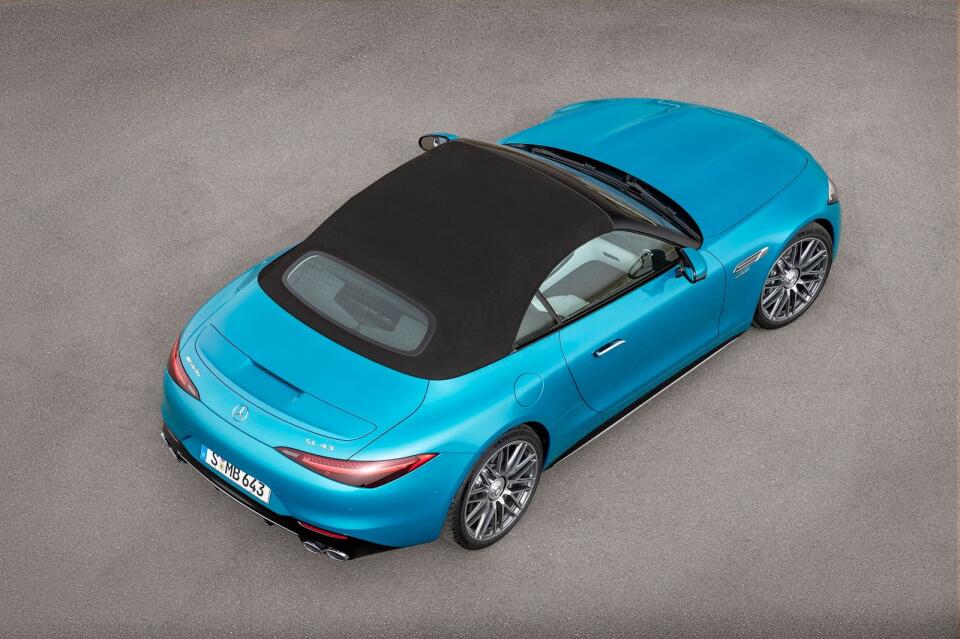 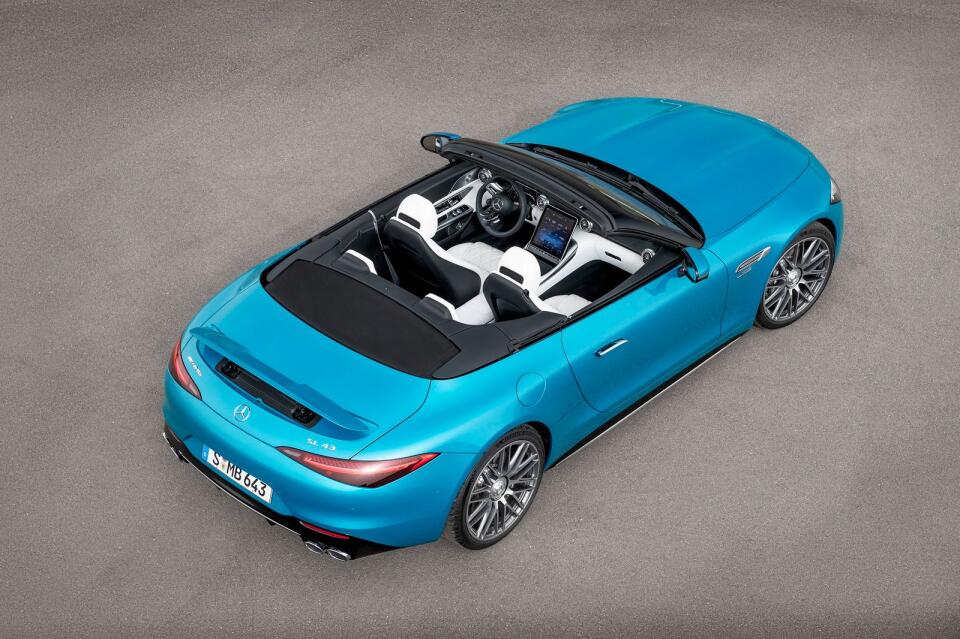 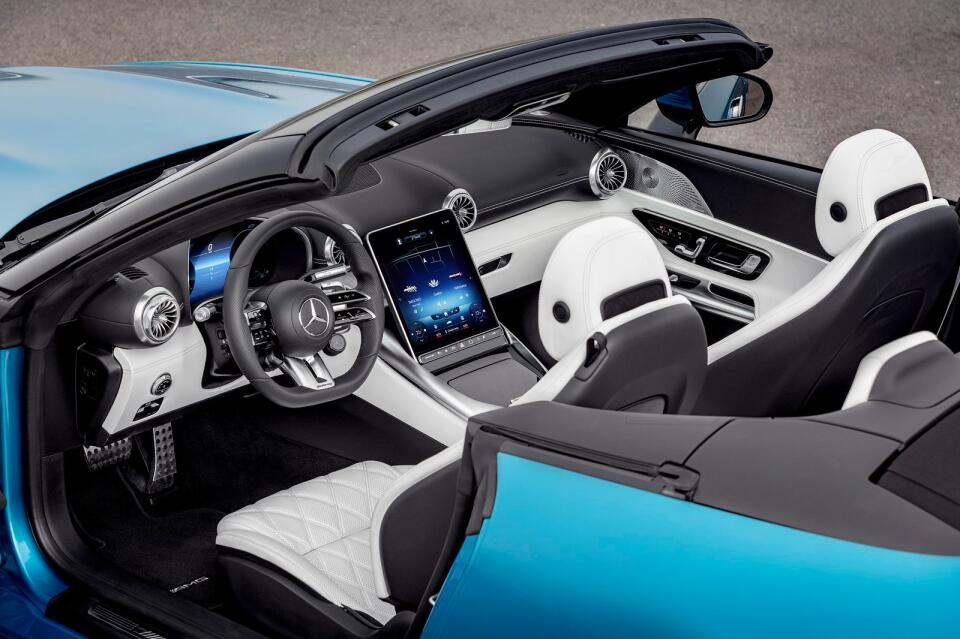