CAPE TOWN: Mention Toyota Land Cruiser to almost anyone that has a passing interest in cars and it immediately conjures images of an all-conquering all-terrain vehicle that baulks at any obstacle and will reach its destination with little fuss.

South Africans love their Cruisers, borne out by the sales figures over the past 70 years since its introduction.

The 80 series in the 1990s cemented the Cruiser phenomenon locally and, in decent nick, they command top tier prices in the used car space and on the various Toyota forums.

What started as a utilitarian vehicle has evolved into a luxurious SUV that has an incredible off-road ability and remains the “The Master of Africa”.

If you prefer the hardcore uncompromising farm-style truck, Toyota’s got that covered too with the 70-series range of Cruisers.

However, when you get behind the wheel of the new Toyota Land Cruiser 300, you understand that tackling rugged terrain, dirt roads, and exploring our neighbouring countries in luxury is the way to go, if you can afford it.

There wasn’t much wrong with its 200 Series predecessor but, after 14 years, Toyota decided that it was time to do a new ground-up design on its flagship SUV featuring Toyota’s New Global Architecture platform (TNGA) and in the 300’s case, TNGA-F, indicating the first ladder-frame execution of the design keeping to its off-road ethos.

It’s unmistakably Land Cruiser, the design angular in its execution but harking back to the 80 Series with its two-box look.

Make no mistake, the Toyota Land Cruiser 300 is an imposing sight in the metal and when it comes into focus in your rear view mirror. With a prominent grille, rectangular headlights and an enormous bonnet with the Cruiser’s signature “channel” it’s very much the storming Springbok tighthead prop of the segment.

To propel the large chunk of metal forward, Toyota has slotted in two new engines in the form of a 3.5-litre V6 twin turbo petrol mill and a 3.3-litre V6 turbodiesel that provide increased efficiency and improved torque output over the outgoing V8 plants.

Both are mated to a new 10-speed automatic gearbox with low range and diff-lock available.

The diesel gives you 225kW and 700Nm, should you wish to move Table Mountain, and the V6 petrol is good for 305kW and 650Nm, with Toyota claiming consumption figures 12.1 l/100km and 8.9 l/100km respectively, but that’s likely to be more in daily driving, especially once you’ve experienced the V6 petrol.

There’s a new grade line-up too with the GX-R as the utility model fitted only with the diesel engine and a rear diff-lock and probably the one you’ll see more of on your overlanding trips.

The GR-S (GR Sport) has an off-road bias with centre, front and rear diff-locks and it is the off-road performance model but has fancier exterior styling, high-end interior trim levels and fittings and stands on 18-inch alloys.

The ZX lines up as the bespoke model and a true urban cruiser (with a centre diff-lock) with luxurious fittings, among them a wi-fi-enabled rear-seat entertainment system with wireless headphones and stands on 20 inch alloys.

During the launch in the Western Cape, we got to drive the GR-S and ZX models in a variety of terrains including tar, sand and gravel along the West Coast and into the interior.

If the 200 Series was a pleasure to drive, the 300 sets the bar higher but, to be honest, drive quality has always been a feature on the Cruiser’s list of things it does well.

For a car that weighs just over 2.5 tons it’s handling is remarkably agile. You’re not going to be screeching around switchbacks and tight corners, but it’s solidly planted and you feel secure on all surfaces, even at speed on gravel roads.

It also does interiors well with easy-to-reach controls, premium one-touch switches and quality leather and stitching.

Both engine derivatives aren’t shy to hurry it along. The impression you get is that it will get to its top speed of 210km/h and happily sit there all day.

It moves through the rev range changing gears effortlessly while you sit behind the steering wheel like a captain of a ship, gliding it along while glancing at the infotainment system and taking a cold drink out of the centre console fridge.

In terms of unadulterated smooth and constant linear power to the drivetrain, the V6 petrol is the one to have. It easily gets to the red line switches gears and repeats the process.

The diesel gives you great low-down grunt, especially handy when you engage low range over rough and rocky terrain.

We drove a track just outside Paternoster and although it wasn’t extreme. it was good enough to feel the difference with the GR-S model which has been fitted with an electronic Kinetic Dynamic Suspension System (E-KDSS).

Very hi-tech but it adds a new dimension to the 300’s handling and off-road ability. It links the wheels together for on-road handling and off the beaten track can then unlock the stabiliser bars electronically when required for improved wheel articulation (+30mm over the outgoing model).

The engine, throttle, steering, brakes and transmission are all programmed to respond to the various settings via the Multi-Terrain Select (MTS) interface that include deep snow, mud, dirt and sand and in low range there’s rock, mud and sand as well as an auto mode that uses the surround camera system to select the preferred mode based on sensor input.

We used the sand and rock modes and it climbed, crawled and cruised over dunes without breaking a sweat or spinning a wheel. But you knew that.

For tight turns, the ZX and GR-S are fitted with turn assist, by braking the inside rear wheel.

On the way to Bushmans Kloof Wilderness Reserve & Wellness Retreat in the Cederberg we did a few 100km on dirt roads and the Cruiser 300 behaved impeccably, responding to steering and throttle inputs as we needed.

There is one anomaly though, when Hilux owners complained about a lack of a volume button Toyota brought it back but. in the Cruiser 300, you have to use touch controls.

We’d like to spend more time with it to see what it’s like as a daily driver and do some more off-road driving but as Toyota’s premium SUV it really is just that. 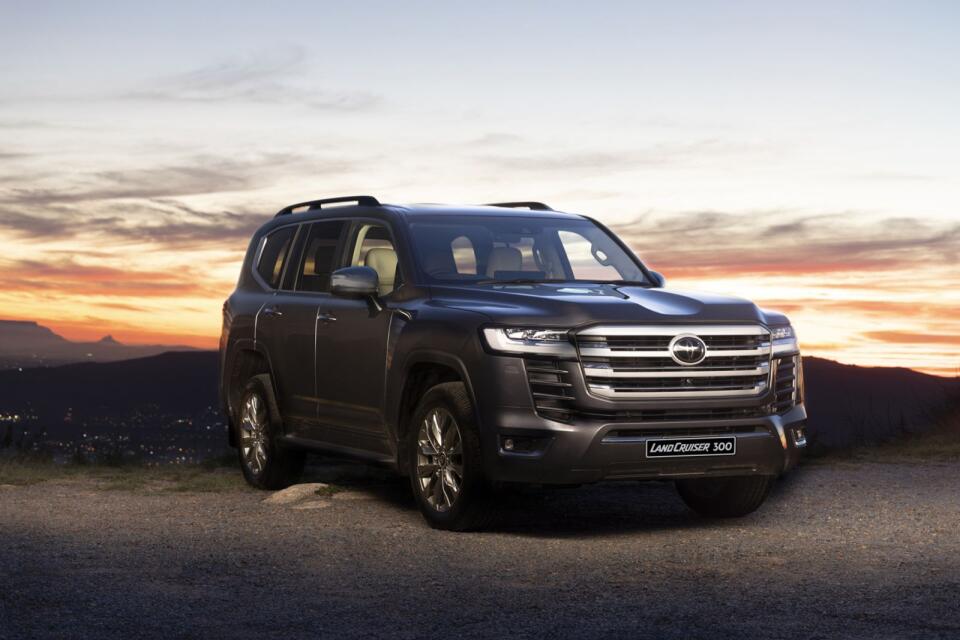 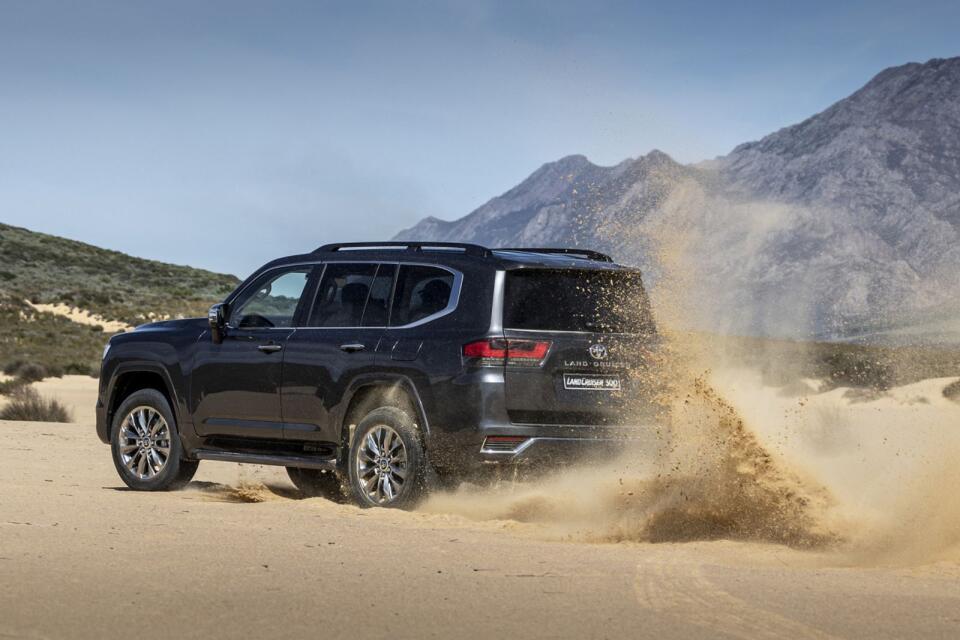 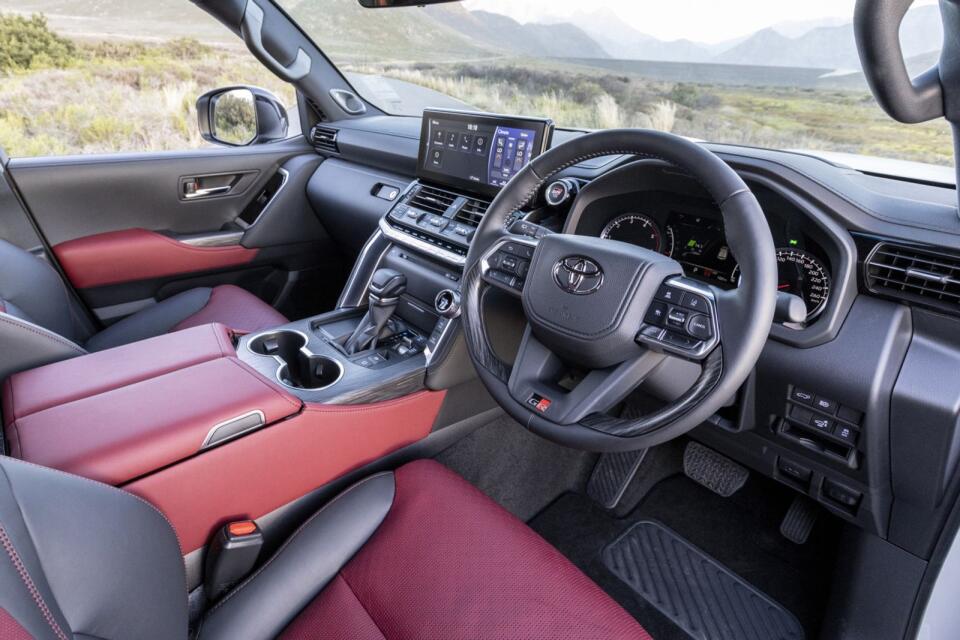 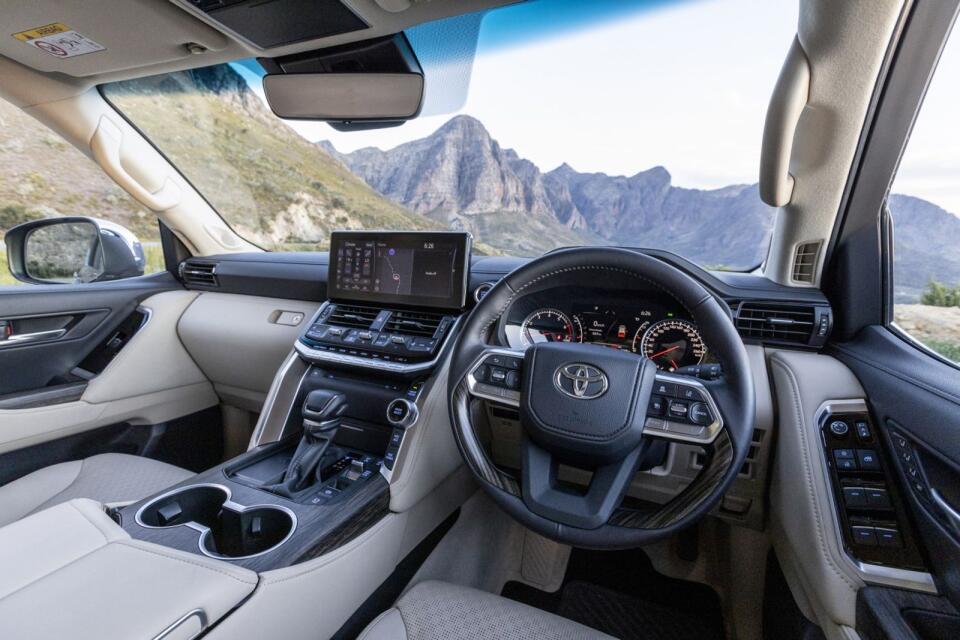 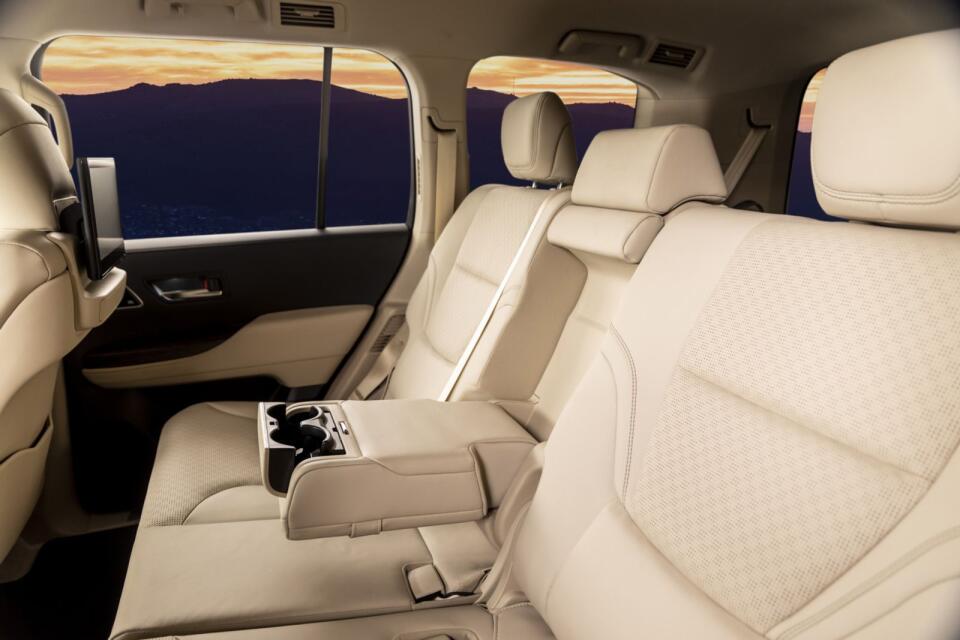