The Ford Mustang California Special has landed in South Africa, for those who can afford petrol, and you better be quick as only 100 units are coming our way.

FORD is bringing some West Coast style to South Africa with the Mustang California Special, which has just arrived on local shores.

The edition is based on the V8-powered Mustang GT Fastback coupe and only 100 units have been allocated to our market, at a price of R1,154,900.

Inspired by 1968 limited edition of the same name, the Ford Mustang California Special makes its presence felt with a number of unique design features.

Taking its cue from the blacked out grille of the aforementioned classic, the 2022 California Special gains an Ebony Black honeycomb grille with red GT/CS badging, which you’ll also see on the stripes that run from the front to the rear wings. These are finished in black, red and grey, and also feature a hidden “California Special” script that is almost invisible in low light conditions.

The new edition rolls on Carbonised Grey 19-inch alloys and the vehicle also boasts a larger front splitter as well as a rear wing from the GT Performance Package and (for the first time on an SA Mustang) side air scoops behind the doors.

A unique faux filler cap and 4.5-inch quad tailpipes distinguish the rear of the car.

Cabin decor comes in the form of GT/CS logos on the seats and floor mats, as well as a unique Mustang California Special badge on the Carbon Hex aluminium instrument panel. You’ll also find partial suede trim in Miko suede on the seats and door inserts of this edition.

Under the bonnet of the Ford Mustang California Special you’ll find the same normally aspirated 5.0-litre V8 petrol engine that powers the GT. With 330kW and 529Nm going to the back wheels, the edition will sprint from 0-100km/h in just 4.5 seconds, at the coast and according to Ford.

But with a claimed combined fuel consumption figure of 12.1 litres per 100km, you’d better budget for the fuel too. 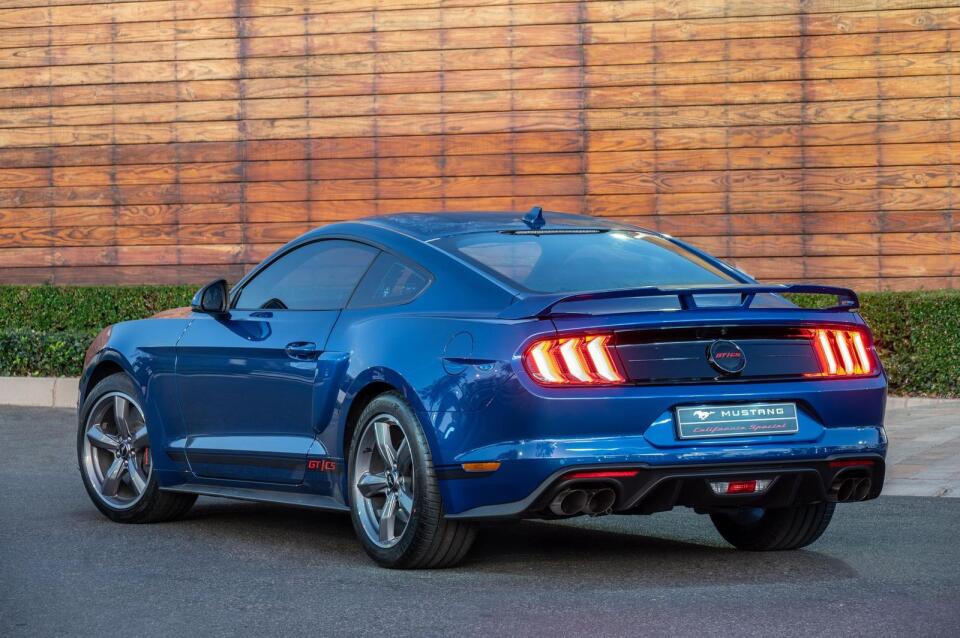 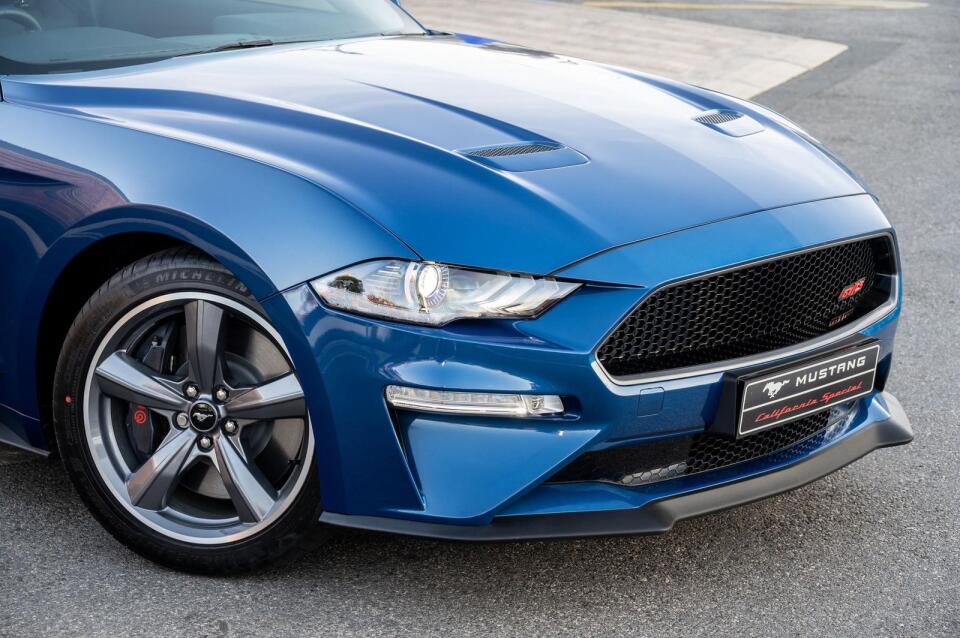 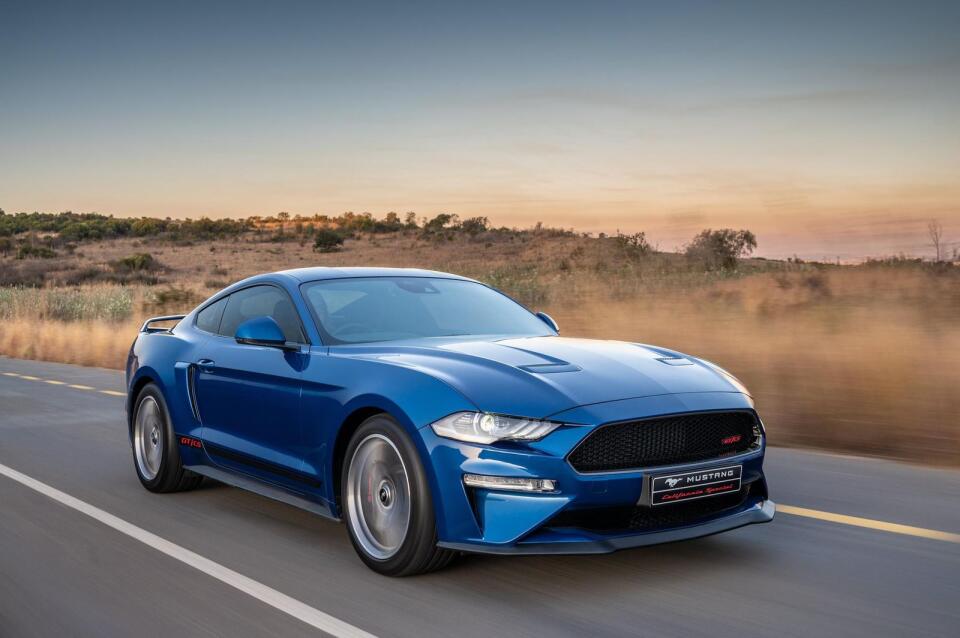 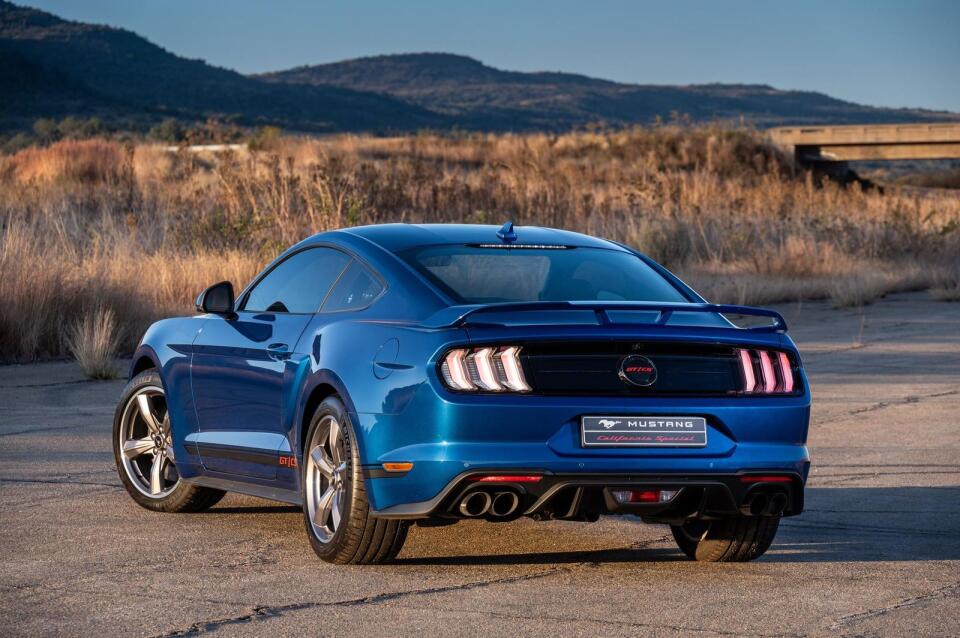 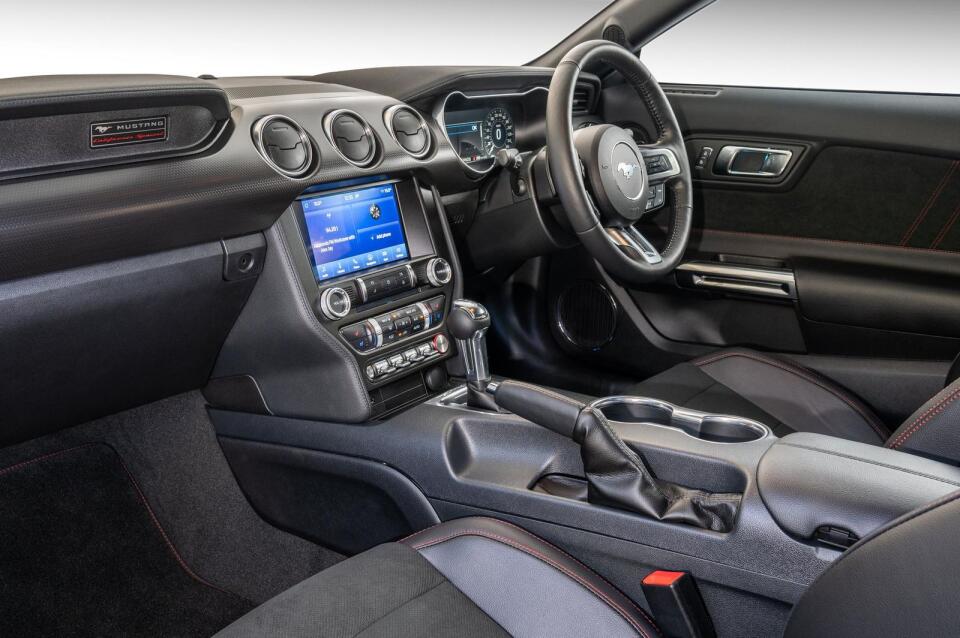 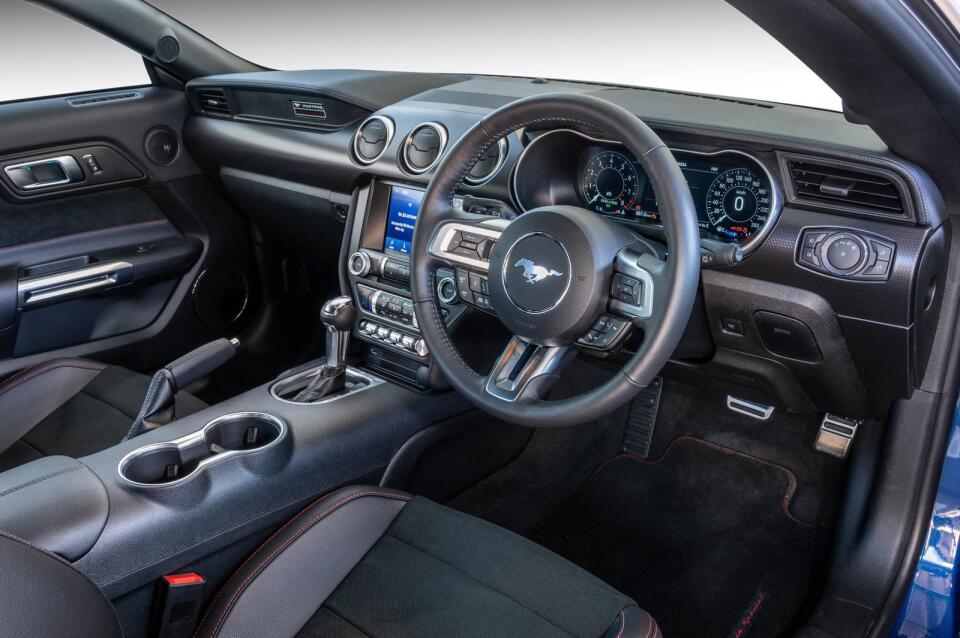 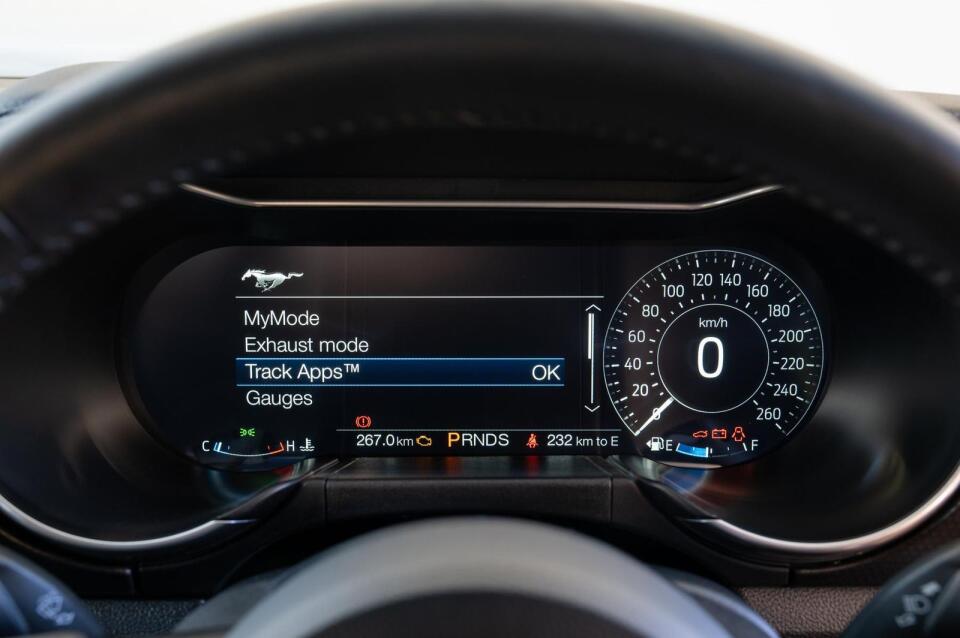