If you’re an aspiring Dakar racer with a stack of cash and a nearby desert you might want to get acquainted with the new Brabus 900 Crawler.

BOTTROP, GERMANY – If you have a stack of cash, a nearby desert and the burning desire to be a Dakar Rally driver, you might want to check out the new Brabus 900 Crawler.

As you can see this is no ordinary Mercedes-AMG G-Class, and it’s also not street legal for that matter. Designed as an “uncompromising fun car for use far off paved roads” the Brabus 900 Crawler boasts a high-strength tubular frame and four-seater exposed-carbon body.

But what really does the hard work is its heavy-duty off-road chassis. Thanks to portal axles, this off-roading supercar boasts a ground clearance of 530mm. The German tuner also developed special height-adjustable struts, which provide up to 160mm of spring travel.

To exploit this impressive chassis to its fullest, the tuner has installed its Brabus 900 Rocket twin-turbo V8, which is a bored out version of AMG’s familiar eight-cylinder powerhouse, now displacing 4.5 litres.

Featuring forged pistons with an 84mm diameter, a special billet crankshaft with a stroke of 100mm and two bespoke Brabus turbochargers that produce a maximum boost of 1.4 bar, the 900 Rocket engine produces a wholesome 662kW at 6 200rpm and 1 250Nm from 2 900rpm, although the latter has been electronically limited to 1 050Nm.

The exposed-air cabin is kitted out with four individual carbon racing seats upholstered in bright-red Silvertex fabric that matches the frame. The fabric, derived from Brabus Marine high-performance sports boats, was designed to be highly resistant to sand and sun.

Furthermore, the Brabus 900 Crawler has an intercom system that allows occupants to communicate and this can be used in conjunction with the four supplied Brabus carbon helmets. Those afraid of getting lost in the desert can also specify a navigation package with individually compiled map data for their specific area.

Stocks for this vehicle are limited, though, with Brabus limiting production to just 15 units, priced at €749,000 (about R12.6 million) excluding taxes and import duties. 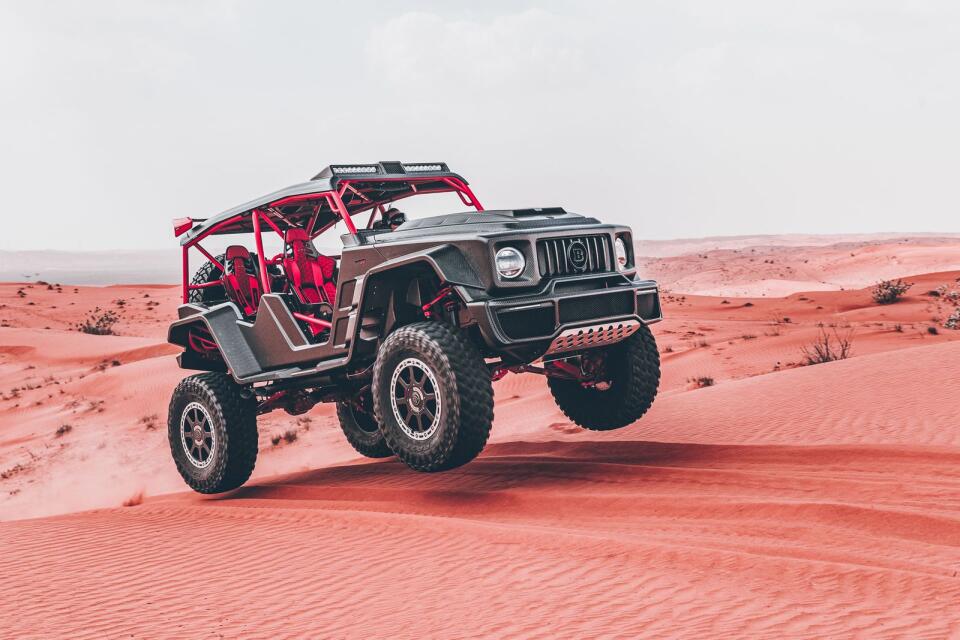 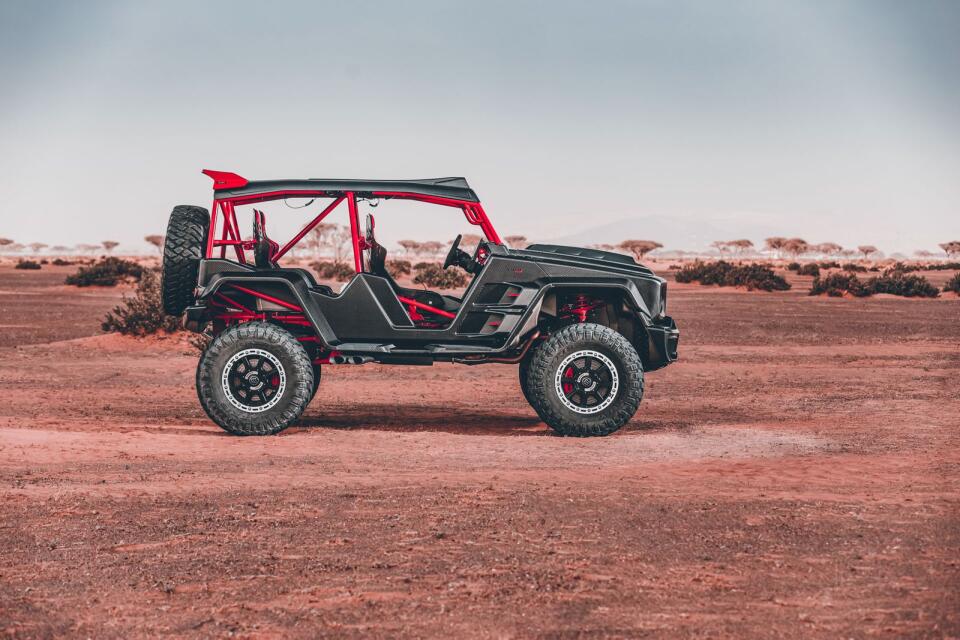 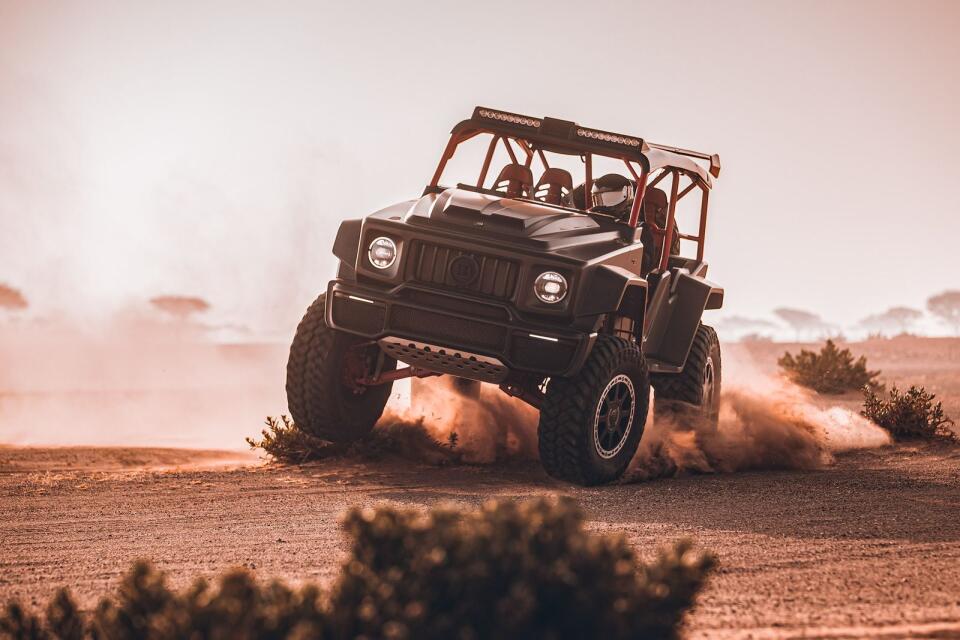 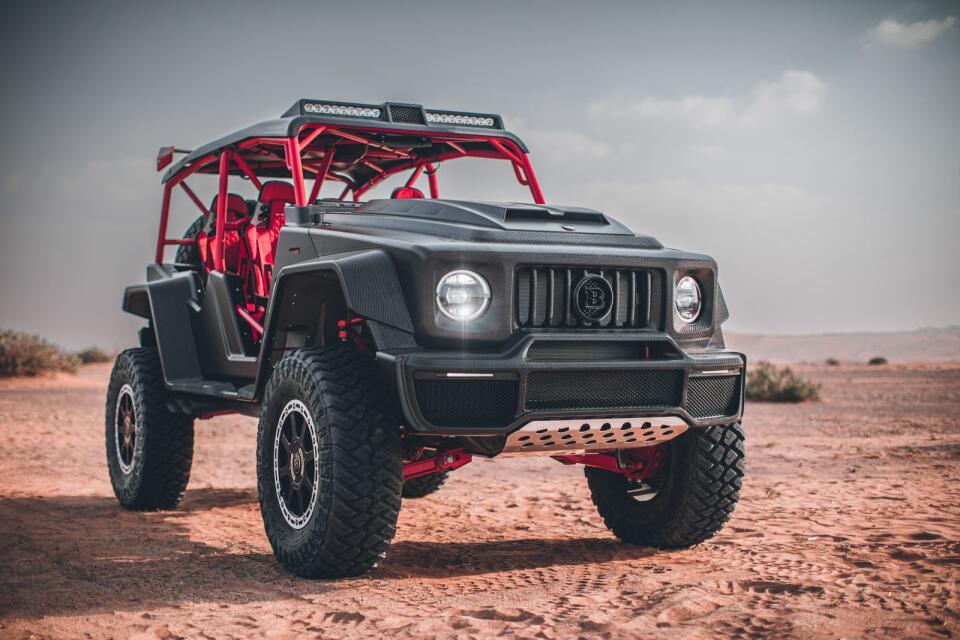 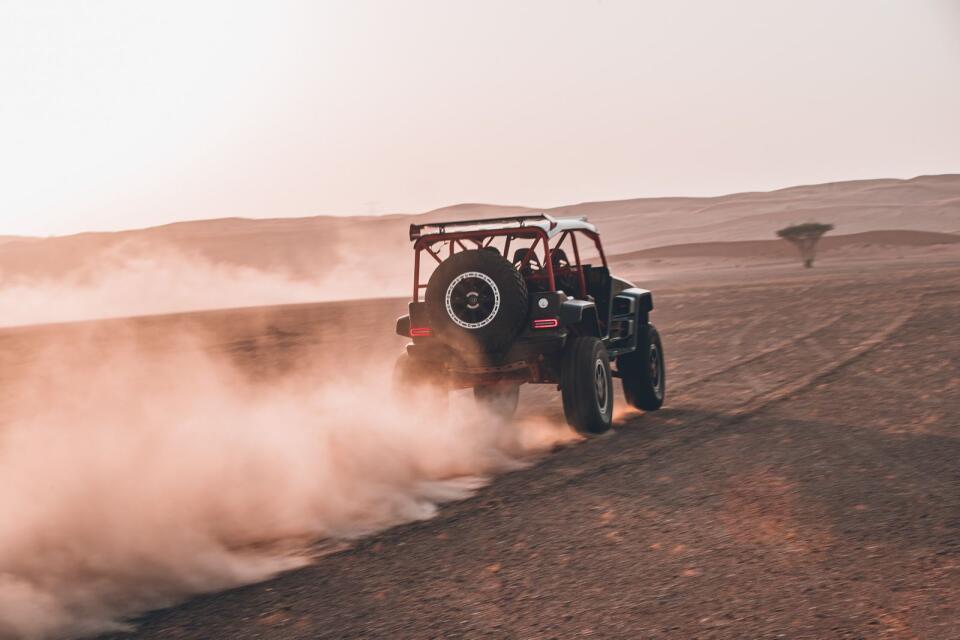 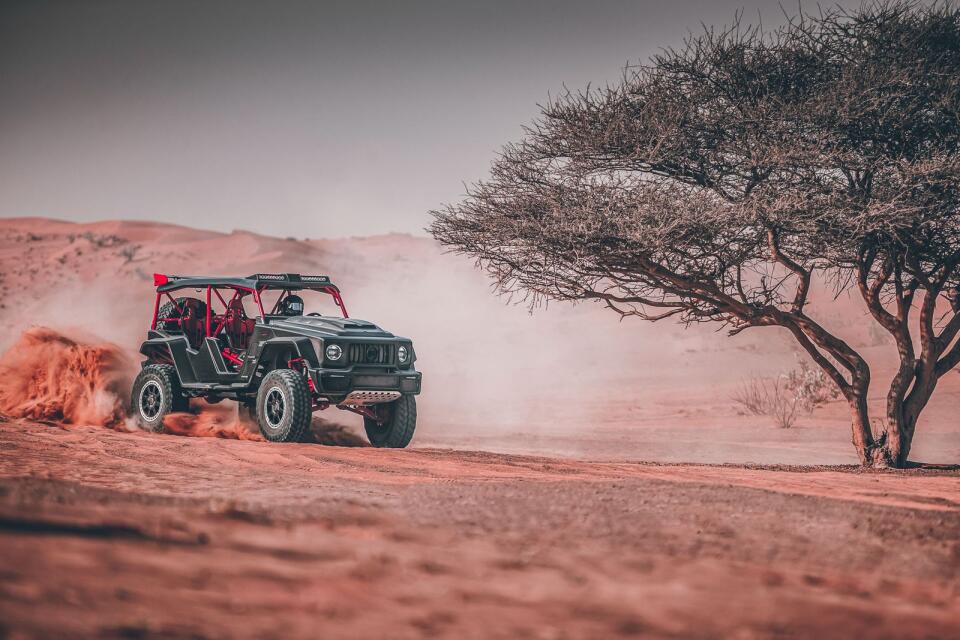 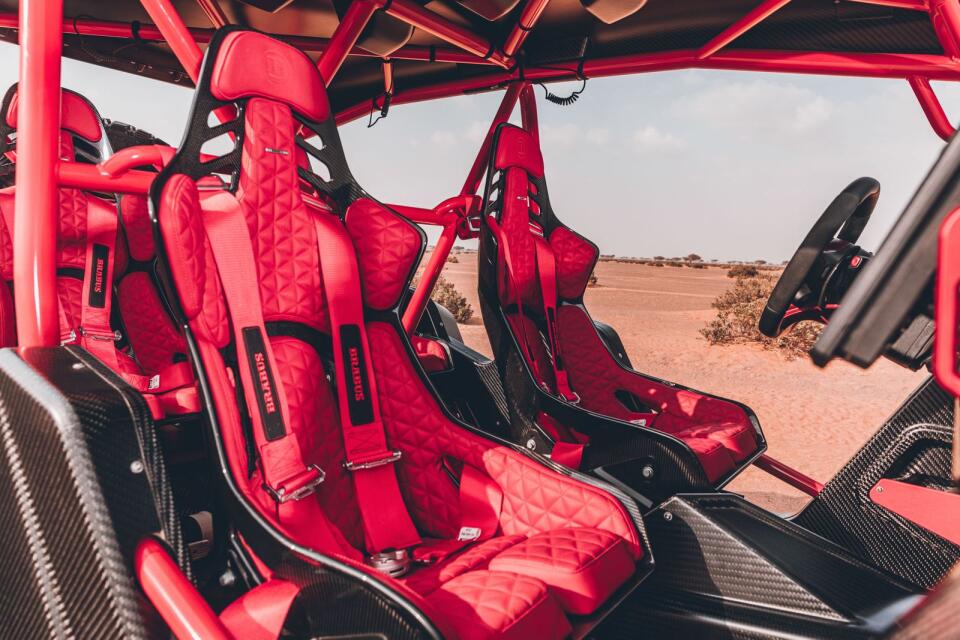 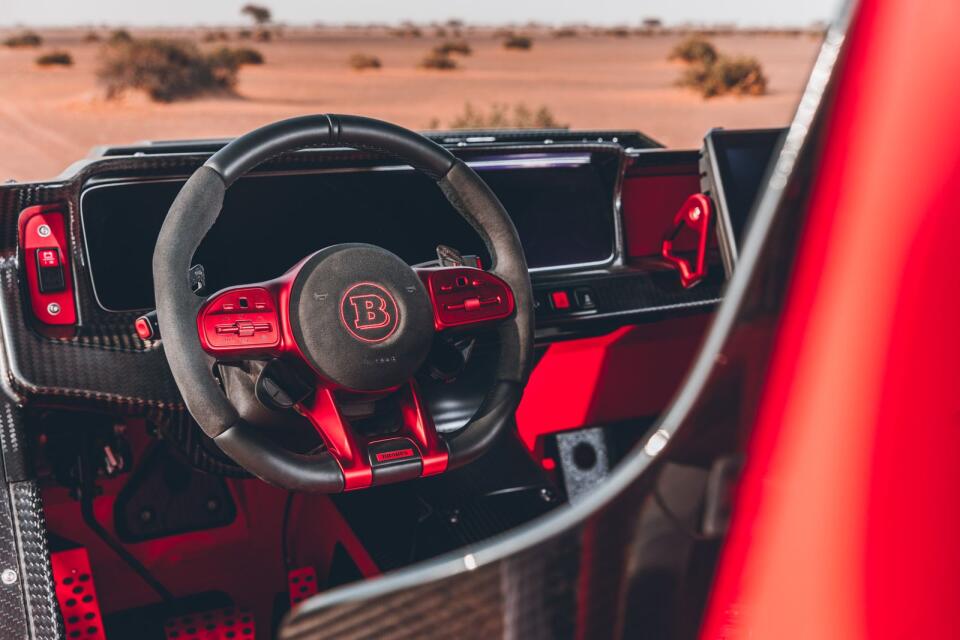 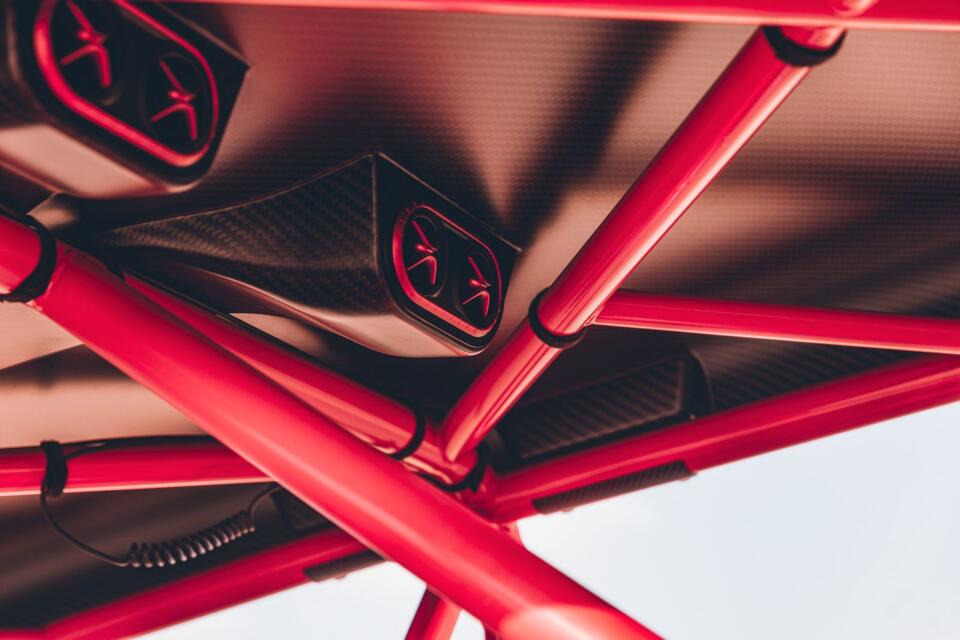