There’s ample space for passengers in the rear and they’ll be more comfortable there than in the back of any double cab or many SUVs. Join us for a spin in the new Volkswagen Caddy:

MANY moons ago when I was a student, the Volkswagen Caddy was an affordable half-ton bakkie and everyone I knew wanted one, because you know Pretoria. You can still pick one up if you look hard enough but the half-ton market has all but disappeared and the Caddy is now a well-known and trusted cargo and people carrier.

When I spoke to my brother, who’s in the liquor and coffee distribution industry ,the day before the launch of the fifth generation Caddy, he couldn’t speak more highly of the one he has in his fleet. It’s clocked 376 000km and apart from the usual consumables on vehicles, hasn’t given him a day’s trouble. Load, start, drive, deliver, repeat.

First launched here (as a van) in 2004, more than 35 000 units have been sold locally and three million produced worldwide. The mainstay of the Caddy is also that it can be used for many applications, ranging from ambulances to police transport or even a hearse.

Having recently driven the Hyundai Staria and Kia Carnival, I’ve become a big fan of vans. Granted, they’re in an entirely different league but the Caddy is an ideal and more affordable way to cart the family around if you don’t stare yourself blind at SUVs or double cabs.

The fifth generation comes in a variety of options ranging from an entry level Caddy Cargo carrier to a snazzy Caddy Maxi people mover. All have various seating options.

There are two engine options available: a 1.6-litre petrol with 81kW and 152Nm and a 2.0-litre turbo diesel also producing 81kW but more importantly 300Nm. All are mated to a six-speed manual transmission but there is talk of possibly introducing VW’s DSG gearbox at a later stage.

The long wheel base versions have only the diesel option which makes sense when you’re carrying more cargo and/or people.

Interestingly, and as an aside, the bearings and harnesses for VW Commercial, which the Caddy falls under, are made in Ukraine and supplied to the VW factories in Cologne, Poland and Argentina. Since the Russian invasion, workers at the factory shelter in bomb shelters and when it’s safe again they go back to work!

The rear doors on the Cargo versions have been improved so that they are able to open horizontally, making loading a lot easier. In the LWB format, the load area is large enough for two Euro-size pallets.

The passenger versions with sliding doors on either side work a treat for entry and exit and also make loading packages in tight public parking bays a cinch.

We got to drive the Caddy passenger version with the diesel engine. While it’s a conversion from a delivery Caddy, it’s very comfortable to drive, with almost no road or wind noise. The 16 inch alloys are fitted with high-profile rubber that add to the driving experience.

There’s ample space for passengers in the rear and they’ll be more comfortable there than in the back of any double cab or many SUVs, helped in part by the high roofline.

Driving mostly on open roads, consumption evened out at 5.8L/100km, a tad more than VW’s claimed 5.5L/100km, keeping in mind we were unloaded and only two of us were in the car.

With decent safety features, build quality and tech the Volkswagen Caddy covers all the bases whether you’re looking to cart packages around or go on a family excursion. And as I said previously, it’s a worthwhile alternative to the usual suspects. 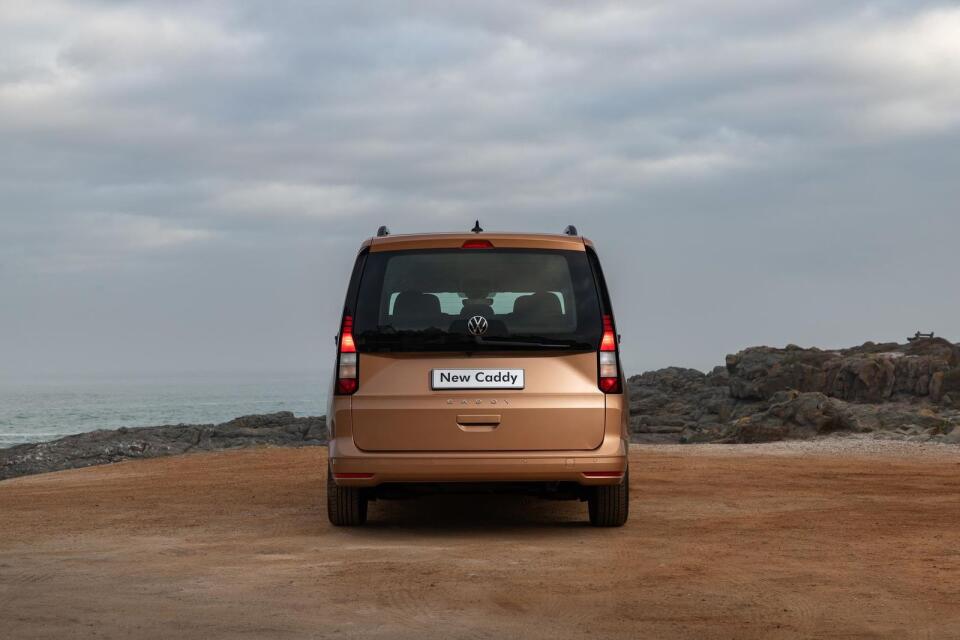 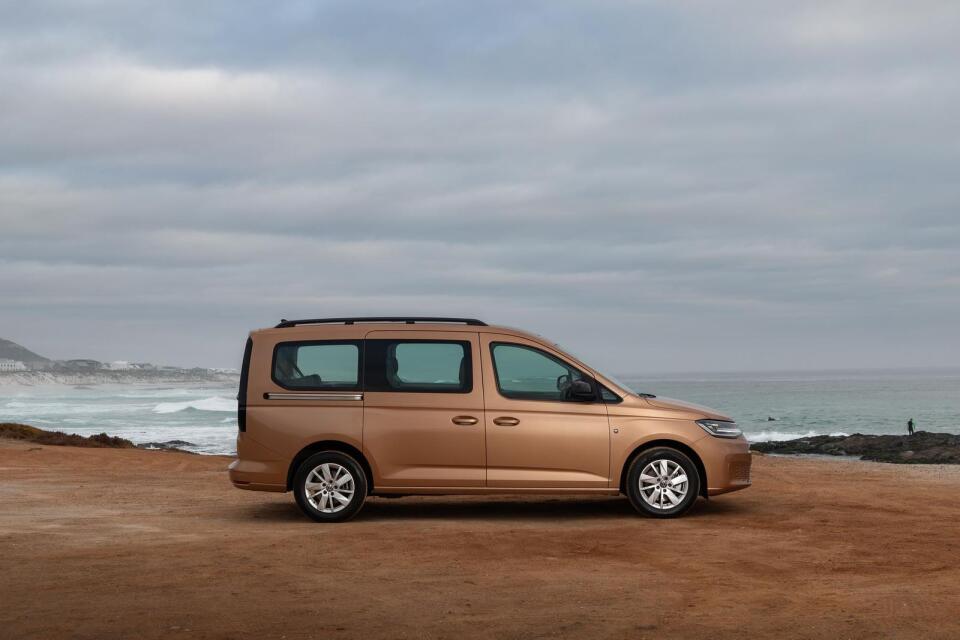 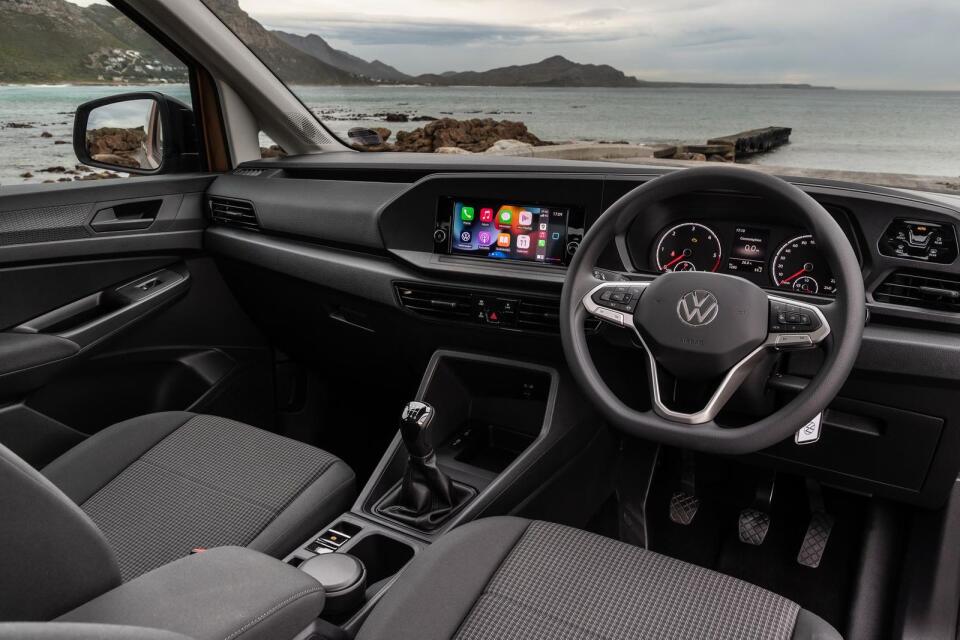 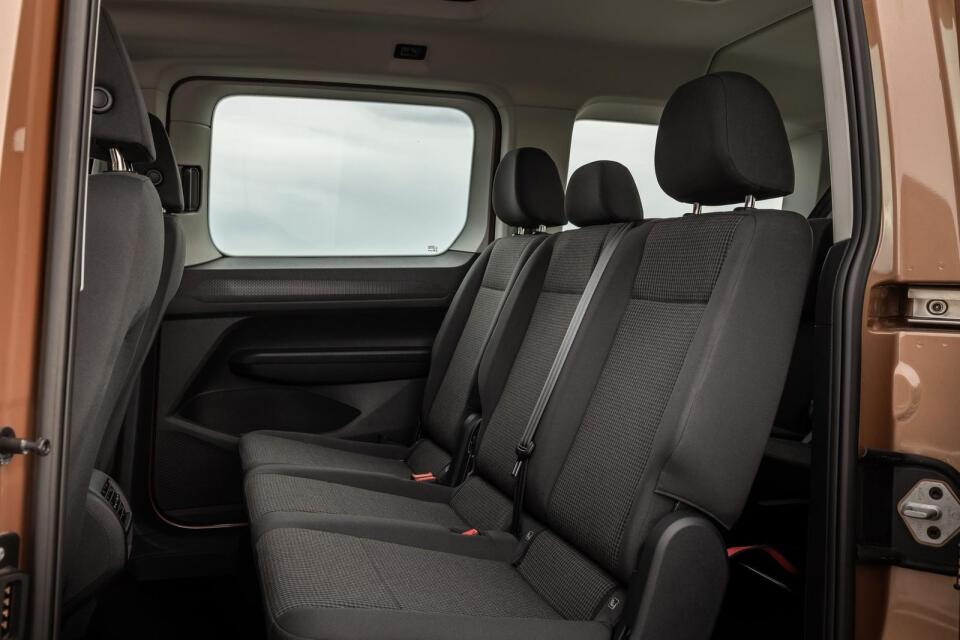