You can think of the Ford Mustang Mach 1 as a GT with Premium pack that went to gym and bulked up a little bit in the right places.

FORD recently launched the 2021 Mustang Mach 1 in South Africa and we had an opportunity to live with this unicorn of a car for a couple of days.

The Mach 1 comes as the halo pony car for Ford in Mzansi as it doesn’t officially import the GT350 and GT500. Those higher performance cars have been axed by Ford in any event due to the arrival of the Mustang Mach E (the all-electric SUV version of the Mustang), so it’s safe to say that this Mach 1 V8 limited edition model might be your last shot at owning a piece of motoring history.

I say it’s your last shot to buy a Mach 1 but truth be told, all these cars were immediately sold out on the day it launched in South Africa a few months ago. A total of 90 cars, 15 manual and the rest automatic, found homes before local media even had a chance to sniff at them. It’s really proof that good cars are good cars and that they sell themselves, and that people who know good cars instantly find them compelling enough to buy without even seeing, driving or reading about.

If you want a 2021 Ford Mustang Mach 1, you can expect to pay a premium for it as a used car in the pre-owned market and that’s exactly what happened with Ford’s other limited edition, the Bullitt (which sells for a few R10, 000 more than new in most instances these days).

We must send a special thank you to Performance Centre, a Ford-approved vehicle tuning centre situated in Gauteng, for lending us their special Mach 1 to experience the unbridled beast.

Beefed up in just the right places

Consider the Mustang Mach 1 to be a Mustang GT with Premium pack that went to gym and bulked up a little bit in the right places.

It still runs the Coyote V8 engine, albeit with a few parts borrowed from the aforementioned Bullitt to give you slightly more punch than you get in a standard Mustang GT.

In the Mach 1, the 5.0-litre V8 makes 338kW at 7,250rpm and it has to be said that it’s one of the most glorious engines you will ever hear in your life! There’s torque everywhere too, 530 newtons in total, and everything works with symphonic precision, from its intake rasp to its exhaust bark to create sensations in your ears and body that genuinely make you tingle with excitement and fear at the same time.

Apart from those madcap Shelby Mustangs and RTR Mustangs that are running around locally, this factory standard ’Stang sounds so good it really should be illegal. Of course there’s more to the car than its slightly fettled engine.

Built to be driven harder for longer

To ensure that you can really lean on the car for long periods of time without compromising its durability or performance, Ford has fitted the Mach 1 with an auxiliary engine oil cooler and a new engine oil filter adaptor to ensure optimum oil flow and consistent performance. On a hot Saturday afternoon, carving through the majestic rolling hills of the Cradle of Humankind, I was able to keep going and going and going in the Mach 1 like that Duracell bunny that we knew from the adverts when we were kids.

The brakes are also kept cool thanks to aerodynamic witchcraft that guides air under the car and through the wheels to reduce turbulence and to help with rotor cooling. The diff is also bolstered in this car, and you can get it locked up again and again without any form of warning or overheating or limp mode. I even tried a few hard standing launches in the car and it simply refused to break a sweat, gobbling up the road with gritty performance that feels like you’re wrestling that bear that Leo had an issue with in The Revenant.

Our car came with the 10-speed auto box and while purists will lift their noses at it, the slushbox is actually very slick-shifting and eager to dish up the speed. I found that upshists, when you’re in the Sport driving mode, worked exceptionally well, but it’s the downshifts that can catch you out sometimes as you call for a lower gear with the left paddle and the car says no, not yet.

Having 10 ratios to play with and the high-revving nature of the engine allows you to play in first, second and third very nicely on the road, but truly speaking, this car is so fast that from the time you shift into fourth, every gear change on the rev limit after that takes you well beyond the national speed limit and on to a top speed that will frighten many German sports cars.

They’ve also thrown in Michelin Pilot Sport 4 tyres to help you keep things on the blacktop, but to be honest you really have to be awake and you have to respect this car when standing on its tail because it has a lot of grunt and a lot of weight to move around. Added to all the features and fettling that Ford has undertaken with this car is a bespoke sports exhaust system with several modes that can enable you to start the engine in a quiet mode if you have neighbours who are easily rattled. You can then dial the exhaust note up to louder stages when you get out into the twisties. Very nice!

Thirsty, but worth it for special drives

While driving the Mach 1 it dawned on me that this is probably the last time that we’ll be able to buy a V8 Mustang limited edition model in South Africa as Ford is moving toward electrification in a major way. The Mustang itself has already evolved into an electric car and this Mach 1 with its screaming eight-pot engine and sharp steering and dependable brakes (all with feel and feedback) are going to become a rare occasion.

I’m not saying electric cars don’t have their place in the world, but I am saying that cars like the Mustang Mach 1 are not going to be around much longer and if you have the means to get into one, you really should look into it.

I have to come clean and say that there is one thing that irritated the living proverbial out of me and that was the amount of fuel that the Mach 1 chowed over a period of three days. I swear I could see the fuel gauge dropping while standing still in traffic sometimes on the N1! In fact, when I dared to check the onboard computer at the end of my test drive I had been using 21.5l/100km on average, but it felt like more fuel was used because the first tankful of unleaded was sucked up in 180km.

People talk fearfully about range anxiety in electric cars, but you should see me when someone mentions a V8 Mustang these days… I shudder from head to toe thinking of the cost of filling it up with fuel at R18/litre.

In all seriousness, though, you should try to find one of these cars to own if you can because all that fuel use is worth it when it comes to experiencing one of the best vehicles of this high performance golden age that we’re living in.

Yes, it’s plasticky in some places inside the car and it has that awful Ford Sync system which takes time to get used to, but it’s the way this car just exudes presence and delivers on that presence when you drive it that makes it special. Taming the car on challenging roads will take some practice as it’s big, wide, heavy and full of torque that’s ready to help you swap ends so if you do get one, it’s best to get to grips with the car first before turning off some of the driver aids.

If you’re looking for a vehicle that oozes street cred and that delivers thrills from start-up to redline, this is the car for you! It’s a naturally aspirated monster machine that we’ll be talking about 20 years from now as one of the finest cars that Ford ever launched in Mzansi. 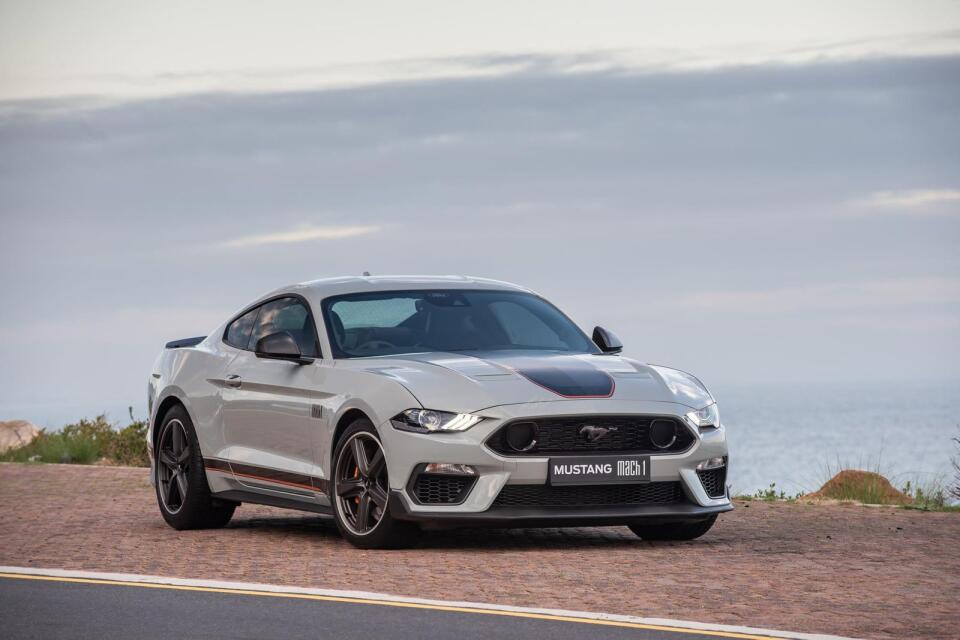 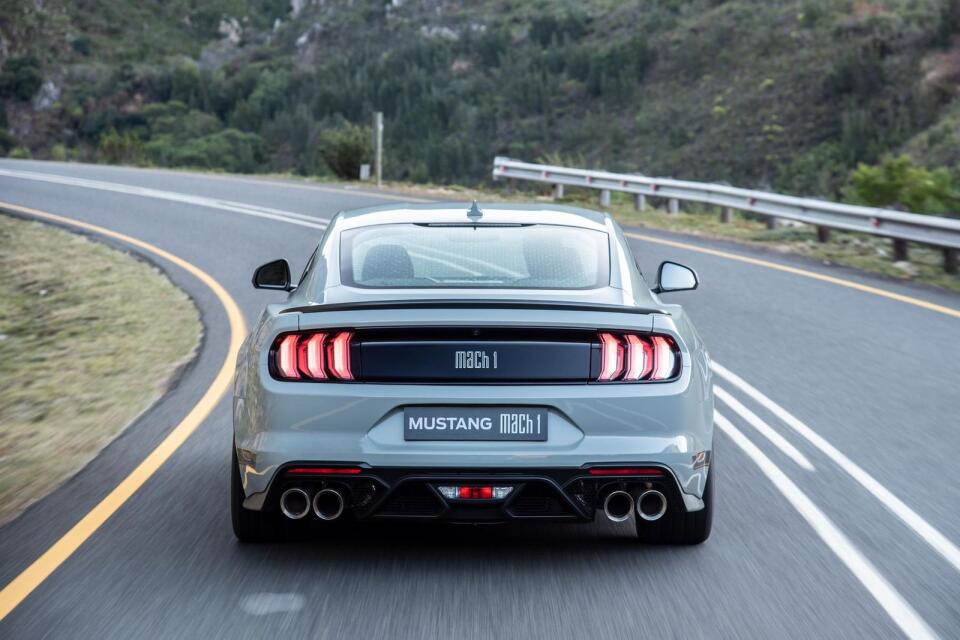 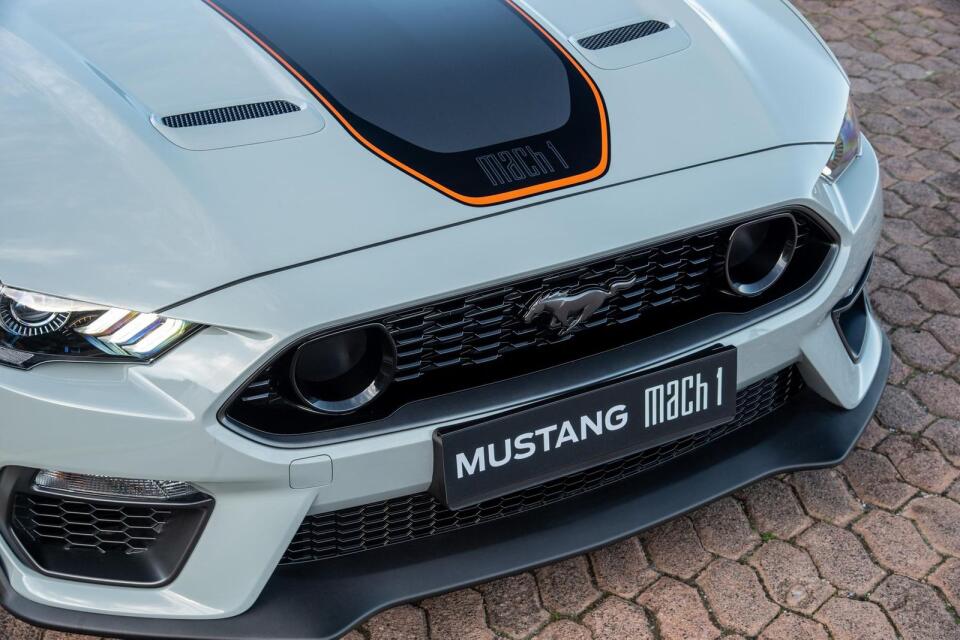 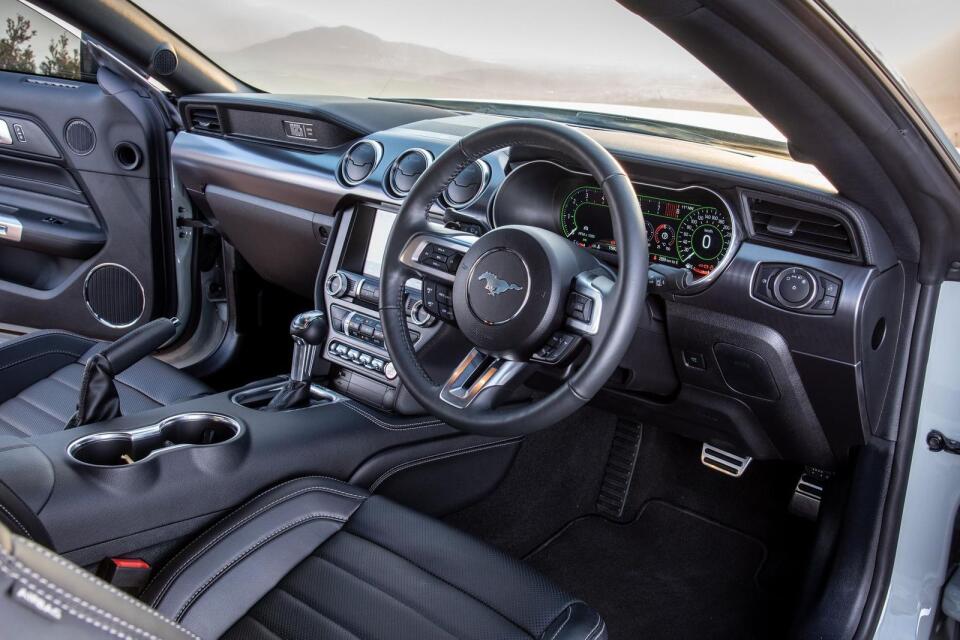 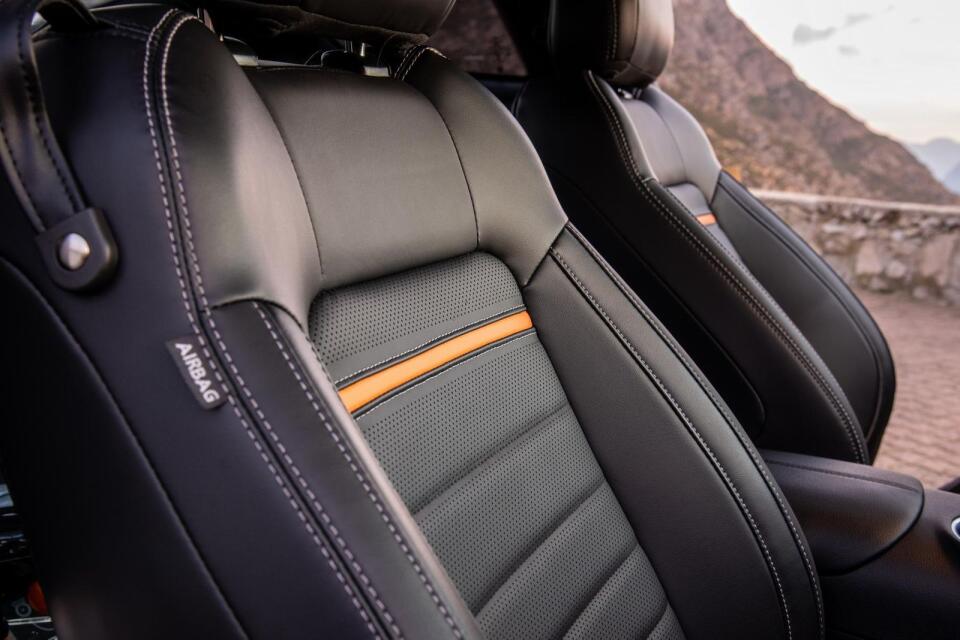