Australian authorities issued fresh flood warnings and evacuation orders on Tuesday as torrential rains again pummelled several parts of the country, sweeping away homes, roads and livestock in the worst downpour in more than half a century.

By Jonathan Barrett and Renju Jose

SYDNEY (Reuters) – Australian authorities issued fresh flood warnings and evacuation orders on Tuesday as torrential rains again pummelled several parts of the country, sweeping away homes, roads and livestock in the worst downpour in more than half a century.

The national weather agency has posted severe weather warnings in every mainland state or territory but one, affecting around 10 million people in the country of 25 million, across an area the size of Alaska.

No deaths were reported, but thousands of people have been rescued by emergency services in recent days. About 18,000 people have been evacuated with authorities expecting about 15,000 others to join them.

Images shared on social media showed entire bridges washed away, stranded animals and submerged homes in New South Wales, the most populous and most affected state.

One video showed a container truck ramming into a bridge, causing structural damage, while another showed a car swept off a road by raging floodwaters in neighbouring Queensland.

Other photos captured mass swarms of spiders and snakes as the creatures sought to escape the fast-moving flood waters.

In NSW, a fourth consecutive day of heavy rain was expected to combine with a coastal trough over the coming 24 hours, increasing the deluge.

“Weather conditions have worsened, and those weather conditions are likely to worsen during the day so many communities will experience increasing heavy rainfall,” said NSW Premier Gladys Berejiklian.

The owner of a restaurant that was underwater on the banks of the Hawkesbury River, 62 km (38 miles) north of Sydney, told the Australian Broadcasting Corp that he rescued a neighbour’s baby who needed medical attention by boat.

“My brother rang and said ‘please get over here, we have to get this baby out’. We got them across the river and to a car,” restaurant owner Darren Osmotherly said.

Warragamba Dam, Sydney’s main water supply, began overflowing on Saturday and was expected to keep doing so for another week. A year earlier, amid drought and bushfires, the same dam fell below half its water catchment, triggering severe water restrictions.

Though the weather system is likely to start easing from late Wednesday, officials warned affected residents may not be able to return to their homes immediately as incessant rains dump more water in river catchment areas.

On Tuesday, the country’s biggest independent coal miner, Whitehaven Coal Ltd, said it was forced to stop shiploading at the port due to structural faults, while weather-related port restrictions were slowing ship movements.

(Reporting by Jonathan Barrett and Renju Jose and Byron Kaye in Sydney; Editing by Richard Chang and Jane Wardell) – Reuters 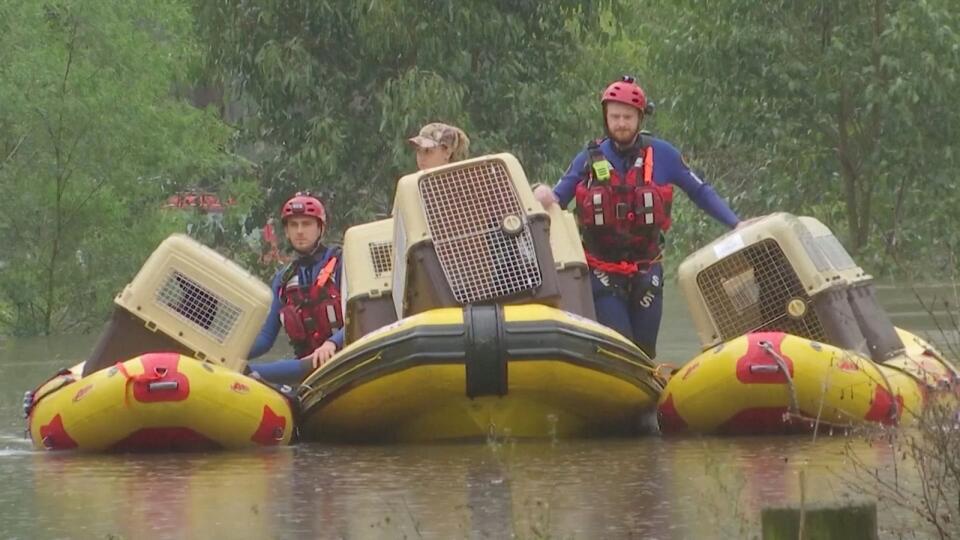 1/2: Dogs in carriers are transported on inflatable boats by State Emergency Service personnel during a rescue amid rising floodwaters in Sydney, Australia, March 22, 2021, in this still image taken from video provided by Reuters TV. REUTERS/via REUTERS TV 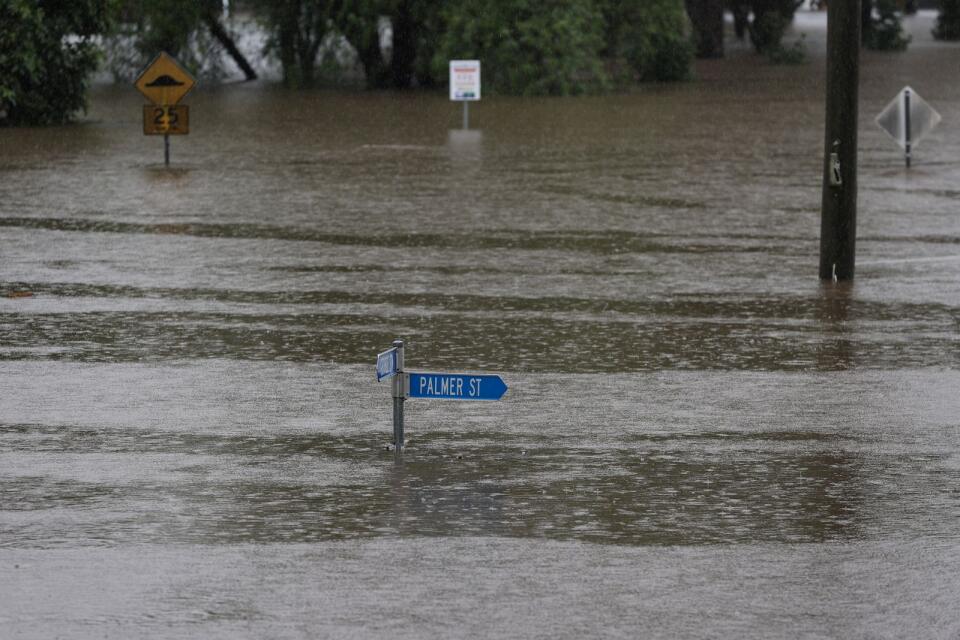 2/2: A street sign is seen just above the water’s surface in the suburb of Windsor as the state of New South Wales experiences widespread flooding and severe weather, in Sydney, Australia, March 22, 2021. REUTERS/Loren Elliott